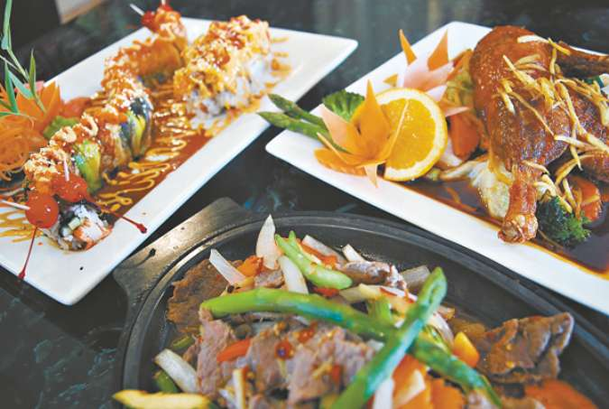 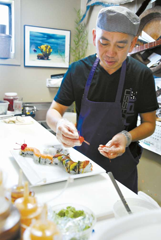 In a Deep South more accustomed to fried chicken and buttered biscuits, most might not think Thai cuisine would find a ready audience. But that''s what happened when Bann Thai opened its doors in Columbus in December 2010.

"We just put out the sign and then they kept coming and coming," said Pitcha "Bee" Chanachai, at the restaurant located at 2212 Military Road, near the entrance to Lowe''s.

Even at 3:30 in the afternoon, the small, well-kept eatery is dotted with customers enjoying dishes ranging from curry to sushi. Bee''s husband, "Lloyd" (Wirot), is the happy mastermind in the kitchen, creating dish after colorful dish of original Thai recipes.

For the most part, Thai is the language of choice as the industrious staff communicate with each other, preparing for an official grand opening Saturday --Â and, within a very few months, a second location, in Starkville.

In the front of the house, Bee (who adopted the nickname to simplify matters) and her mother-in-law, Praphai Manning, take a few minutes out to share a little about the family endeavor.

Praphai, who sometimes helps man the kitchen, is the wife of retired Mississippi University for Women graphic design instructor Robert Manning. Although English is not her first language, she conveys how important it was to her to open a restaurant as a culinary showcase for her children and members of the extended family who have acquired valuable food service industry experience.

"I am so happy," she says, wreathed in smiles.

Bee, who holds a master''s degree in business, helps operate the restaurant that''s open seven days a week. Customer response has been so positive, the family recently enclosed an open air porch to add more seating.

"We will have our grand opening Saturday," Bee said, inviting the public to enjoy free samples of sushi and appetizers from noon until 5 p.m., and 50 percent off of the regular menu June 4.

"Chinese food may be more sweet than Thai food," explains Lloyd, when asked about the distinction. Thailand sits between cultural powers China and India, and has been clearly influenced by both. But, like its people, the food has managed to maintain its own identify.

The country''s cooking is known for its detail, presentation and balance of fundamental taste senses in each dish or overall meal.

"Thai food can have many little flavors, salty, sour, a little sweet and spicy, all flavors together," Lloyd continued.

"There are a lot of vegetables and herbs, a lot of healthy ingredients," added Bee. Herbs popular in Thai cooking that aren''t normally found in the West include kaffir lime leaves, curry from the southern and central areas of Thailand, galangal, lemon grass, turmeric and fingerroot.

Traditionally low in fat and high in protein, vitamins and minerals, sushi on the family''s menu includes tuna, yellow tail, shrimp, crab, masako, eel and more. There''s even a Columbus sushi roll, named for the Friendly City. It consists of avocado, asparagus and crab, wrapped with salmon and masako in a special sauce. For Bully fans, they make an MSU sushi roll of yellowtail, tuna, salmon and cream cheese flash fried with sauce.

Peppy Biddy, who serves as head of the Department of Music and Theatre at MUW, is one of many who welcomed the arrival of a new adventure for the taste buds.

"I enjoy a variety of cuisine''s, and I like dining out, especially for the kinds of foods I don''t have the expertise to make on my own. I was excited when Thai food made its way to Columbus -- one less thing to go out of town for," Biddy said. "Now I''m just waiting for an Indian restaurant," he added.

The next time your taste buds revolt against a steady diet of fried and fast food, authentic Thai cooking or Japanese sushi may be just the change of pace they need.