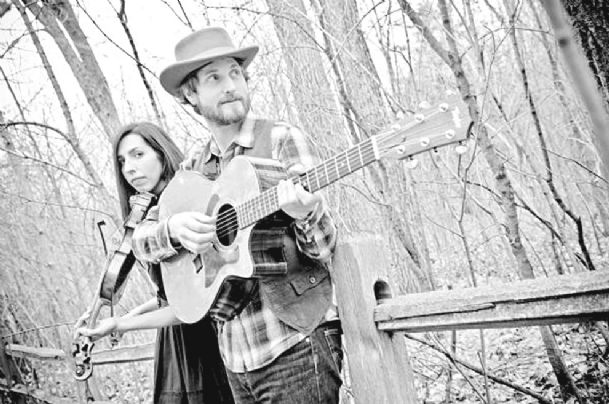 The Columbus Arts Council presents Ian McFeron and Alisa Milner in concert May 16 at the Rosenzweig Arts Center, 501 Main St., at 7 p.m. Photo by: Courtesy photo

The Columbus Arts Council hosts Seattle singer/songwriter Ian McFeron and fiddler Alisa Milner in concert Wednesday, May 16, in the Omnova Theater of the Rosenzweig Arts Center in downtown Columbus.

McFeron, whose lyrical prose has been compared to Bob Dylan, Ryan Adams and David Gray, weaves together a variety of roots/Americana traditions to create his unique form of roots-oriented music. His "I'll Come Knockin'" can be heard frequently on Sirus XM's Coffee House station.

McFeron, then a recent college grad, got his start in the Seattle music scene after his self-produced debut album "Don't Look Back" (2003) was discovered by AAA format 103.7 FM "The Mountain" in Seattle.

Those early successes in Seattle launched McFeron into a full-time recording and touring career. Continuing to operate as a fully independent artist and self-functioning record label, he went on to release five more albums in rapid succession, delving into a variety of musical traditions such as blues, folk, pop, gospel, alt-country and jazz.

From the beginning, McFeron dedicated himself to building audiences the old-fashioned way -- on the road. Traveling from city to city, state to state, nation to nation, he performs an average of 200 shows a year throughout the U.S. and Europe. In Columbus, McFeron will be joined by Milner, a Texas-style fiddler, cellist and harmony vocalist.

Tickets for the 7 p.m. show are $10 in advance and $12 at the door. Light refreshments and set-ups will be available.

4. In the garden with Felder: Sifting through to get to the real stuff COLUMNS

5. Did you know? This Columbus city official is also an author COMMUNITY