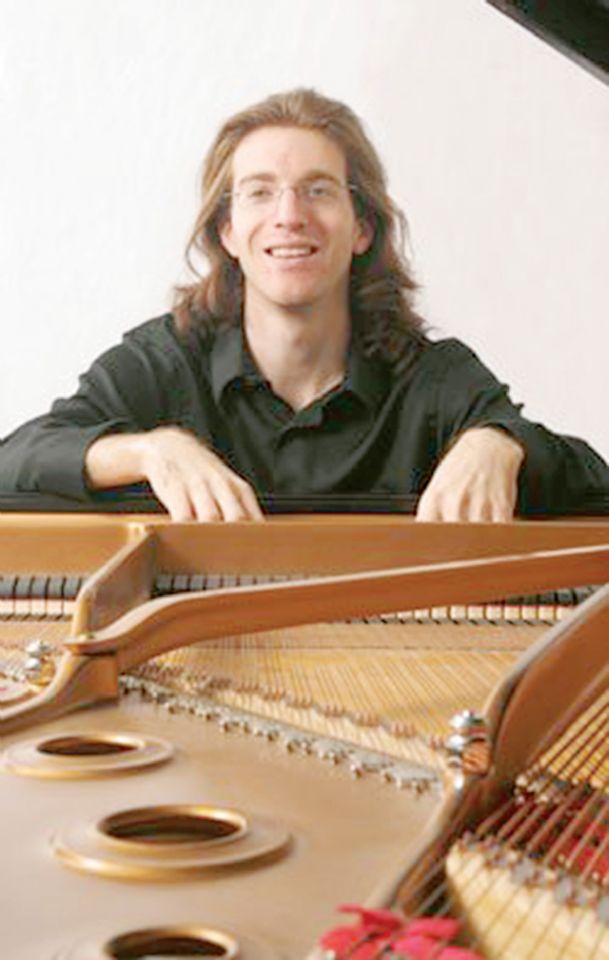 Jonathan Levin was only 15 when he debuted with the Raleigh Symphony Orchestra. Since then, he's become a sought-after concert pianist, performing in venues from Carnegie Hall to the Consulate General of the Republic of Poland.

On Monday, the young award-winning founder and artistic director of North Carolina's Clayton Piano Festival will celebrate American classical composers with his program, "American Frontiers," in the Connie Sills Kossen Auditorium in Mississippi University for Women's Poindexter Hall. The 7:30 p.m. concert is free and open to the public.

"We're very honored to host an artist of this stature; he has accomplished a great deal for his age," said Dr. Julia Mortyakova, chair of MUW's Department of Music. Mortyakova has followed Levin's career since the two met at the Eastern Music Festival in North Carolina many years ago.

"He's a wonderful virtuoso from New York City," she added. "He always has very challenging programs, and they always have a theme."

Levin's "American Frontiers" repertoire encompasses the diverse range of styles that make up the American musical experience, from the romanticism of Edward MacDowell's "To a Wild Rose" to the present day with William Bolcom's "Nine New Bagatelles."

Along the way, the audience is treated to Gershwin's lively "Three Preludes," the evocative "Tides of Manaunaun" by Henry Cowell, Copeland's vibrant "El Salon Mexico," and the brilliant but rarely performed "Sonata No. 2" by George T. Walker, the first black composer to win a Pulitzer Prize. Charles Griffes' haunting masterpiece, "Piano Sonata," concludes the program.

"Jonathan presents interactive recitals; he talks to the audience," said Mortyakova of the artist who serves as musical director of the Natchez Festival of Music's Educational Outreach Program. "He's very involved in making sure the audience can appreciate fully the pieces."

Levin's performance continues the MUW Department of Music's goal to reach out to the Golden Triangle.

"We want to make sure the community feels they are a part of what we do here," the department chair expressed. "We provide free events in the hope that community members will come, and hopefully bring their children and inspire them to pursue music -- adults, too. We just want to inspire people to love music."