From 'Sesame Street' to Columbus: Awadagin Pratt comes to town 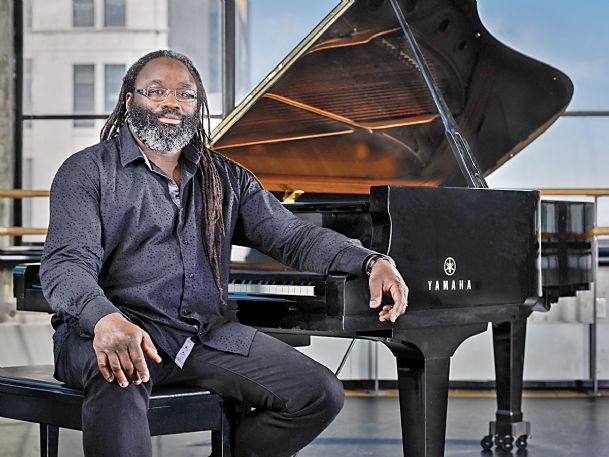 Awadagin Pratt doesn't conform to everyone's idea of a concert pianist. With his dramatic dreadlocks and often novel wardrobe, he is, one might say, unconventional. But it all works into his plan, the one to break down barriers between audience and performer, to spark interest in classical music among those not traditionally drawn to the art form.

The Columbus Arts Council's Concert and Artist Series presents the internationally-known virtuoso and recording artist Saturday at 7 p.m. in the Connie Sills Kossen Auditorium of Poindexter Hall on Mississippi University for Women's campus.

"The program is an interesting one," Pratt said via email Thursday. "It kind of centers on the idea of variation -- different ways of looking at something and different ways of developing ideas. Each piece, however, even with the same kind of compositional technique, inhabits its own spiritual and emotional world."

Columbus Arts Council Program Manager Beverly Norris said, "We've been attempting to bring Mr. Pratt to the Golden Triangle for several years now and are extremely pleased that his schedule finally allowed this. His piano performances are very eloquent and powerful; the audience can't help but be pulled into the experience."

Pratt, a native of Pittsburgh, Pennsylvania, was the first student in the history of the Peabody Conservatory of Music in Baltimore to receive diplomas in three performance areas -- piano, violin and conducting. Since winning the Naumburg International Piano Competition in 1992, the first black pianist to do so, his career has taken him to perform three times at the White House, as well as at the Kennedy Center and Lincoln Center, among many other prominent venues in the U.S. and worldwide.

The subject of numerous articles in national press, including Newsweek and People Magazine, Pratt has performed on the "Today Show," "Good Morning America," "CBS Sunday Morning" and even "Sesame Street." He was a featured soloist on PBS's "Live from the Kennedy Center: A Salute to Slava."

The chess and tennis fan is a recipient of the Distinguished Alumni Award from the Johns Hopkins Peabody Institute, and Ebony Magazine named him one of the 50 Leaders of Tomorrow in its special 50th anniversary issue in 1995.

The Yamaha artist is a strong advocate of music education and often takes part in residency and outreach activities wherever he appears. On Friday, at 6:30 p.m., he will conduct a master class in MUW's Poindexter Hall.

"We are so honored to have an artist of his stature performing in our building and working with our students," said Dr. Julia Mortyakova, chair of the MUW Department of Music. "It will provide the students an opportunity to interact with an inspirational artist and to get another pedagogical point of view."

The master class is free; the public is welcome to quietly observe.

Tickets to Saturday's concert are $12 in advance at the Rosenzweig Arts Center, 501 Main St., or $15 at the door of Poindexter Hall before the 7 p.m. program. For tickets or more information, contact the CAC, 662-328-2787. Learn more about Pratt and view performance videos at columbus-arts.com.