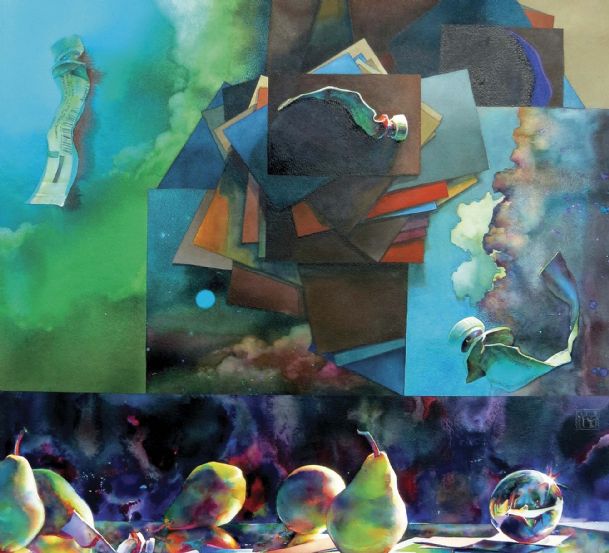 "Flying World," a watercolor painting by longtime MSU art professor Brent Funderburk, is among 150 works selected for inclusion in one of the worldâs largest competitive exhibits dedicated to water-based painting media. The traveling exhibit is being featured at a total of six museums around China. Photo by: Courtesy photo 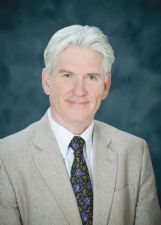 A longtime faculty member and former head of the Mississippi State College of Architecture, Art and Design's art department is receiving international recognition.

Professor Brent Funderburk's watercolor painting, "Flying World," is among 150 works selected for inclusion in one of the world's largest competitive exhibits dedicated to water-based painting media.

Touring a total of six Chinese museums, Funderburk's piece is one of only 36 U.S. artist-produced works -- from among nearly 3,800 entries submitted worldwide -- selected by exhibit jurors from Australia, China, France and the United Kingdom.

"Flying World" previously was on display as part of the 2015-16 International Watercolor Biennial at Shenzhen Art Museum/Luohu Cultural Center in China's fourth-largest city.

Additionally, Funderburk's watercolor/mixed-media painting, "A Dream of Flying," was among more than 100 works -- out of 430 submitted entries -- chosen for the Houston, Texas-based Watercolor Art Society's 2016 International Exhibition held in March.

Earlier this year, his work was featured for the fifth time in the New-York based and internationally distributed "Creative Quarterly: The Journal of Art and Design."

Funderburk is a North Carolina native who has taught at MSU since 1982. Over the decades, he has been honored by the university with the John Grisham Faculty Excellence and Burlington Northern Teaching Excellence awards.

A fine arts graduate of East Carolina University, he is a former MSU art department head who currently serves as its fine-arts thesis coordinator. Painting survey, watercolor, watermedia, senior thesis and advanced studio are among courses he has taught.

Part of the College of Architecture, Art and Design, MSU's art department is the longtime home of the Magnolia State's largest undergraduate studio art program. It offers a bachelor of fine arts degree, with concentrations in graphic design, photography and fine art (ceramics, drawing, painting, printmaking and sculpture). Learn more at caad.msstate.edu, facebook.com/CAADatMSU and twitter.com/CAADatMSU.