A Market on Main: Something new is blooming in Caledonia 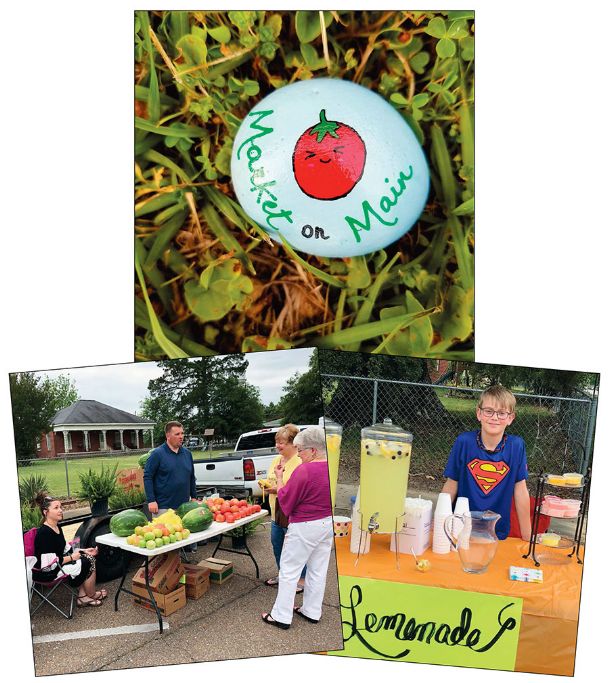 Market on Main photos taken in May, show, at left, vendors Emily and Joseph Kennedy of Hamilton helping customers; at top, Susan Barlow's "Market on Main" painted rock; and at right, lemonade vendor Eli Farlow. Future dates for the downtown Caledonia market are June 1 and 22, and July 13 and 27, from 6:30-8:30 p.m. Photo by: Courtesy photos 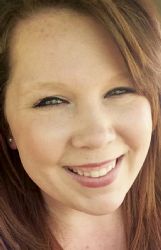 It's farmers market season, and Caledonia is joining the movement. As markets in Columbus, Starkville and West Point are bursting with more colorful fresh produce by the week, the tight-knit community in northeastern Lowndes County has begun one twice monthly through July. Market on Main in downtown Caledonia is open on designated Fridays from 6:30-8:30 p.m. The idea originated with Amanda Boltwood, who also chairs the annual fall Caledonia Days festival.

"I just really love being involved in the town," Boltwood said. "I thought this would be a great way to get everyone out on Main Street and bring the community together for the summer."

When Boltwood first presented the concept to the mayor and board of aldermen of the town of 1,000-plus citizens, they thought so, too.

"I thought it was a wonderful idea," said Alderwoman Tammy McCool. "We have Caledonia Days in the fall, but didn't have anything going on in summer. Amanda totally came up with this idea on her own. She's put all the work into it."

The first Market on Main launched May 4 with about eight vendors. The second one a couple of weeks later had around 15. More vendors are steadily coming on board. They bring homemade baked goods, jellies, fresh produce, gourmet popcorn, homemade hot sauce, potted plants and more. As the season matures, other vegetables and fruits will join market offerings.

"Each one seems to get bigger and bigger," McCool said.

Dallas O'Bryant of Double D Farms in West Point set up at the first two Market on Main events. This Friday, he plans to have potatoes, squash, onions, garlic and maybe strawberries. He's been impressed with the crowd so far, especially the May 4 opening, when entertainment by school choirs brought plenty of parents, grandparents and others out. Each market features live music.

"I think this is going to be a good community event," O'Bryant said.

McCool remarked, "It invites people into our town; they'll visit our restaurants and our businesses here. It's just another way to showcase Caledonia."

Callie Shelnut agrees. She operates Cali & Co. Salon and Boutique downtown. Her mother is a baked goods vendor at the market.

"I think this is wonderful; it draws people and creates revenue," Shelnut said. "I was just amazed, for such a small town, the number of people who came out -- but then, this town pulls together so well."

"We've received a lot of support from the community," Boltwood said. "It's truly an honor to volunteer and serve in this small community that I've called home my whole life."

For more information, interested vendors may contact Boltwood at 662-251-2875 or visit facebook.com/marketonmaincaledonia. There is no fee to participate.