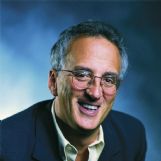 The Institute for the Humanities kicks off its fall lecture series at Mississippi State on Tuesday with a world-renowned sports economist who has published extensively on Major League Baseball and college athletics.

Sports author and economist Andrew Zimbalist will give a 4 p.m. presentation in the McComas Hall Theater titled, "What's Wrong with College Sports and How to Fix It." The lecture is free and open to the public.

Julia Osman, director of the Institute for the Humanities, said Zimbalist has published widely on sports at the professional and collegiate levels.

"This lecture allows us to show how sports and the humanities dialog," Osman said, adding that his multiple specialties "speak to a number of different disciplines and areas of study that we have on campus."

Zimbalist is a Harvard-trained economist widely known for his research on the economics of sports -- particularly the local economic impact generated when cities choose to invest in stadiums or host mega sporting events, such as the Olympics or World Cup.

Kathleen Thomas, head of MSU's finance and economics department, said Zimbalist's research "shows that cities often end up on the losing end of those deals."

"Faculty in the Department of Finance and Economics are committed to teaching our students how to produce and examine evidence, even when the conclusions are unpopular," Thomas said. "This event will provide our students with the opportunity to see how economics research can inform public policy."

Gregg Twietmeyer, assistant professor of kinesiology, said Zimbalist is a "prolific author and is perhaps the most well-known sports economist in the world."

Zimbalist has appeared often on ESPN and was consulted directly by the "No Boston Olympics" movement, which helped end the bid to bring the 2024 Summer Olympics to Boston, Massachusetts. He has been a professor in the economics department at Smith College in Northampton, Massachusetts, since 1974.

His recent publications include "Rio 2016: Olympic Myths, Hard Realities" (September 2017); "No Boston Olympics: How and Why Smart Cities Are Passing on the Torch" (March 2017); "Unwinding Madness: What Went Wrong with College Sports and How to Fix It" (February 2017); and " Circus Maximus: The Economic Gamble Behind Hosting the Olympics and World Cup," which was selected by The Economist as one of the best six business books of 2015.

The Institute for the Humanities promotes research, scholarship and creative performances in the humanistic disciplines and raises their visibility, both within the university and in the broader community. The institute's activities include sponsorship of the Distinguished Lecture Series, which brings prominent individuals in the humanities to campus; support for faculty research initiatives; and public outreach through scholarship and innovative teaching.