The wonderful world of ... Andy Harkness 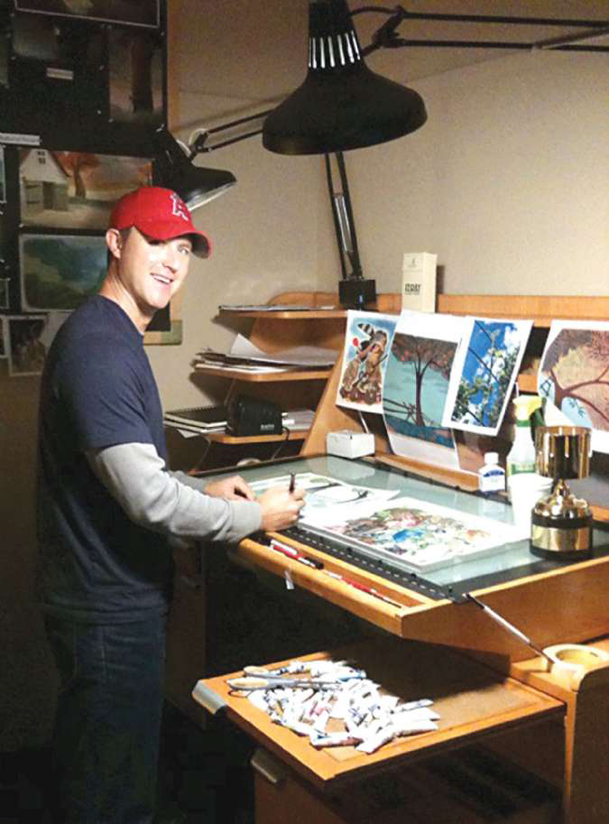 Andy Harkness is pictured at work at Walt Disney Animation Studios in Burbank, Calif. Harkness won an Annie Award in February for Best Production Design in a Television Production, for 2009âs Christmas special âPrep and Landing.â Photo by: Courtesy Photo 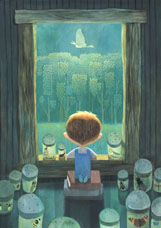 When Andy Harkness was bagging groceries on the night shift at Starkville''s Sack and Save 18 years ago, he had no idea his future was about to become so ... well, animated.

This 1991 graduate of Starkville High School is having a banner year. The Walt Disney Animation Studios art director and visual development artist won an Annie Award -- the animation industry''s Oscar -- in February, and is now nominated for an Emmy. He''s illustrating a children''s book, "The Ballad of Nessie," for Disney that should be on shelves next spring, coinciding with the debut of an animated short by the same name he''s art directing. By fall 2011, "The Bug Zoo," a children''s book he''s writing and illustrating, should be out.

"I''m happy to say there are still many days I walk under the huge blue sorcerer''s hat and into the building and can''t believe I''m here," Andy said. "I get to walk through halls covered with great paintings and then start my day -- painting!"

This former Golden Triangle resident''s professional career can be traced back to a scruffy lion cub and a raven-haired heroine he encountered not long after graduation from high school, where he studied art under Nell Elam''s tutelage.

"I got a scholarship to the Columbus College of Art and Design in Columbus, Ohio," said Andy, the son of Dr. John and Jenny Harkness of Starkville and Ellen Butz of West Lafayette, Ind. "Disney visited the school a couple of times while I was there. At the time, I didn''t have a clue what I wanted to do; I just knew I wanted to draw," the 38-year-old acknowledged. "But they showed us some very, very early sequences from ''The Lion King'' ... and ''Pocahontas.'' ''Pocahontas'' was still three years out, but they''d already begun that movie."

In Andy, who had, up until then, considered going into architectural or medical drawing, a more whimsical seed was planted.

"It started to grow on me," he remembered. "I heard that Disney was beginning to ramp up and offer more internships for students; it started to look more and more exciting."

The young artist would come back to Starkville for about a year, working in the marketing department at Mississippi State University, and at the grocery store.

"I spent a lot of time drawing cows out on South Farm (on the MSU campus) -- and keeping in touch with people at school about when I could send my portfolio (to Disney)," he shared.

When the time came, the former Starkville man''s artwork steadily advanced him through the cuts. On his 21st birthday, Nov. 24, 1992, he learned he''d earned an internship with Disney in Orlando, Fla.

It was a creatively rich time in the dream-making business. The legendary studio was riding the success of "Aladdin" (1992) and was on the cusp of a blockbuster with "The Lion King" (1994).

For about three years, Andy worked in clean-up animation ... "taking a rough drawing, do a drawing over on top, cleaning up the characters, making sure they stay the same from shot to shot," he explained. "I learned a lot about animation."

But it would be the elegant artistry in the early stages of "Mulan," the 1998 film about a young Chinese girl, that would define the next steps of Andy''s career.

"I''d started seeing paintings for ''Mulan'' ... it was just amazing," he shared. "These artists are basically starting from nothing and coming up with images that inspire people to want to make these movies, and that''s what I wanted to do."

He described a pivotal instance.

"One of the most important moments in my career, I walked into an office late at night, about midnight, and in this office were all these color keys and charts and graphs and grids for ''Mulan.'' I was in the art director''s office. I knew exactly what I wanted to do. I wanted to art direct."

It was then, too, Andy said, that he also knew he wanted to make animation a lifetime career. "Up until that point, I really didn''t know that."

An art director, responsible for the overall visual appearance of a project and how well it visually communicates ideas and concepts, solidifies the collective imagination of artists and crew involved.

"I laid out a 10-year plan to get to art direct," Andy said about his goal-setting. "The first step was to get into layout. Layout is like the cinematographers of animation -- dealing in color, character design, how the camera works shot to shot, how to direct the eye through a sequence ... "

Working in layout on "Mulan" led to a strong friendship with its art director, Richard Sluiter, who became a mentor. Andy would also work on "Lilo and Stitch," "Brother Bear" and other projects before aiming for the job of production designer, at Sluiter''s urging.

"Over the course of about 10 months, I proved to the director and the layout crew I''d formerly been a part of that I could do it, and I got the promotion to production designer."

But that film, "My Peoples," never got made. Disney was downsizing; the Orlando studio closed in January 2004.

It wasn''t long before Andy was pitched a movie called, "Open Season," Sony''s first animated project. It led to a move to Los Angeles.

"Open Season," with the voices of Ashton Kutcher, Gary Sinese and Martin Lawrence, thrust the former Mississippian firmly into the world of 3D.

"I was learning quickly and got promoted to take over the art director''s job. It was a trial by fire basically," he said. "Sony as a company moves very quickly; your learning curve has to be very fast."

But former colleagues eventually encouraged Andy to "come over to Disney (in Burbank, Calif.) to see what was going on."

He''s been back with Disney since 2006 now, and "somewhere in the middle of all that, the greatest part of my life happened -- I met my wife, Kelly, at Sony, and now we have a 1-year-old little boy, Benjamin," he said, a smile warming his voice.

He also earned that Annie Award for art direction on ABC''s "Prep and Landing," a 2009 computer-animated Christmas special.

"I had the best team I could ever hope to have to work with," he praised.

Andy has now worked extensively on both 2D and 3D animation projects.

"There''s a charm the 2D movies have ... a certain nostalgia," he said. But Walt Disney would have been the first to embrace 3D animation software if it had been available, he believes.

"Animation is a constantly evolving artform. Walt Disney understood this and pushed the envelope with every movie. We''re very used to the classics now, but in their time, they were groundbreaking in design and story."

Like any job, there are good times and tough times, but "at the end of the day, we''re making cartoons!" he laughs. "It''s about making kids and parents laugh and be inspired. ... We have a group of artists that all sit in the same area and feed off each other. It''s inspiring, and it''s healthy competition. I love it. I think if I ever get to the point where I''m not feeling that any more, it''s time to move on to the next big adventure. Maybe that will just be painting fences! There are days I wouldn''t mind that at all."