Lyceum Series continues with Trey McLaughlin and The Sounds of Zamar 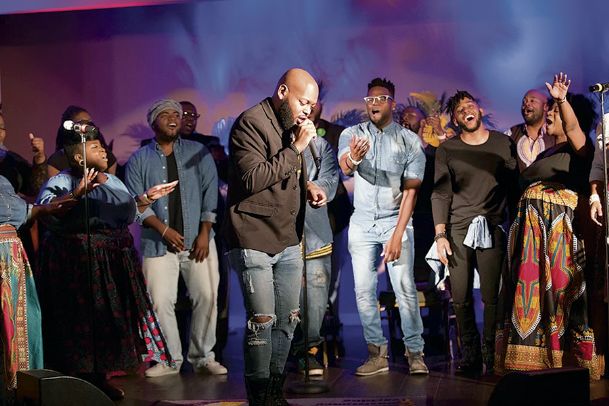 Trey McLaughlin and The Sounds of Zamar are bringing fresh adaptations of contemporary gospel, pop and musical theater hits to the Bettersworth Auditorium stage Tuesday, Oct. 16 as part of Mississippi State's Lyceum Series.

Doors to historic Lee Hall's auditorium open approximately 30 minutes before the curtain rises for the 7 p.m. show, which is part of the university's long-running performing arts program.

After being featured on the song "Chasing After You" from Vashawn Mitchell's Grammy-nominated album "Triumphant," Trey McLaughlin and The Sounds of Zamar have become sought after for their expressive vocals and intricate arrangements of classic gospel hymns.

The group has made a name for itself by performing with gospel greats such as William McDowell, Kierra "Kiki" Sheard, Richard Smallwood, Earnest Pugh and James Fortune.

With viral videos and millions of YouTube followers, Trey McLaughlin and The Sounds of Zamar have extensively toured abroad and are positioned to be one of the brightest new groups on the gospel scene.

In fall 2012, the group released its debut album, "Limitless," which featured 14 tracks of ballads and anthems showcasing rich harmonies. A second album is anticipated for 2018. For more, visit treymmusic.net.

Excluding Patti LaBelle's Nov. 15 concert, individual tickets for Lyceum events are $30 for adults; $25 for MSU employees and senior citizens; and $12 for children age 3-12 or with school I.D./uniform. MSU students with valid student I.D. must purchase tickets to attend LaBelle's concert, but will be admitted free to all other Lyceum events.

Ticket purchases may be made online at http://events.msstate.edu. If available, individual tickets may be purchased at the door before each program.

Contributions to the Lyceum Series can be made via the MSU Foundation by contacting Lynn Durr at 662-325-8918.

3. In the garden with Felder: Talking the talk, walking the walk COLUMNS