An Oktoc tradition: Brunswick stew is just one highlight of this day in the country 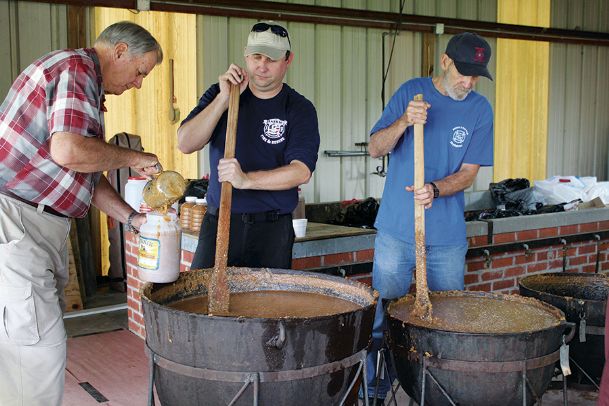 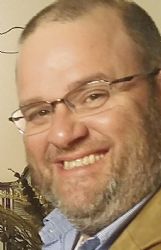 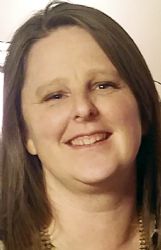 Today most of us take "instant access" for granted -- to people, places and information. Thanks to one device or another, be it a car or an iAnything, we seldom feel isolated in the true sense of the word. There was a time, however, when those living in rural areas were more secluded, when poor roads and slow transportation kept families closer to the homestead. That's when community clubs forming in the 1920s and 1930s offered opportunities to socialize and share information, to hear speakers, see the neighbors and catch up. Oktoc Community Club still does.

Remarkably, the club that formed in 1927 still meets on the second Friday of each month for a program and potluck dinner. And for the past 48 years, the Community Club and Oktoc Garden Club, which was formed in 1923, have hosted the Oktoc Country Store -- an autumn day in the country, with a bake sale, silent auction, quilt raffle, kids' games and a Brunswick stew. This year's event was Saturday.

Children clamored over big, round hay bales and played Pumpkin Ring Toss while parents visited outside and inside the circa mid-1800s church and former school that is home to the Community Club, about nine miles south of Starkville.

A trio on banjo, guitar and stand-up bass played just outside the building, next to the boiled peanut tent. The District Five Volunteer Fire Department's shiny red fire engine was nearby, ready for children to explore. The American flag waving overhead had 48 stars; it's original to the building, a revered piece of club history.

As midday grew closer, a steady stream of hungry folk made their way down the grassy slope from the former church to a metal shed. There, they lined up for some signature Country Store Brunswick stew, by the plate, quart, half-gallon and even gallon.

Jason Honnoll chairs the team that makes the stew annually. Honnoll grew up in Columbus and married into the Oktoc community in 2006 when he wed Courtney Kennard.

"The stew begins with 85 pounds of venison," said Honnoll, explaining that he's the "woods-to-table guy." The venison is from his freezer, harvested during the last hunting season for the purpose.

"Then we add 50 pounds of pork, 50 pounds of beef and 50 pounds of cooked chicken," he said. Honnoll grinds all the meat to a coarse chili grind. It cooks through the night prior to Country Store day.

By 4 a.m. Saturday, cook crew members were on hand to make it all come together. That included adding lima beans, okra, rice, tomatoes, diced potatoes and creamed corn, plus other ingredients for flavoring. This all took place in an impressive assortment of huge cook pots, including a 50-gallon vat. Volunteers man the paddles, continually stirring stew heated by burners underneath the pots.

"As long as you've got that fire lit, you've gotta keep it moving," Honnoll said.

If there's a "secret ingredient," the crew chief said it might be the five pounds of butter added just an hour before the stew is served.

One person on hand to enjoy the stew was one of, if not the, oldest Community Club member, 100-year-old Boswell Kennard. He's Courtney Kennard Honnoll's grandfather. They weren't the only multi-generational family Saturday, by any means. There are often third, fourth, fifth and even sixth generations of Oktoc families represented.

"This is our way to give back to other groups in our community," said Courtney Honnoll of the annual fest that has helped fund the Volunteer Fire Department, among other organizations. It also helps the Community Club maintain its building and grounds, ensuring they will be there for the next generation.

Another Country Store is now in the books. All the hefty cook pots have been washed down, oiled, covered and put up until next fall. The Community Club's monthly meetings and potluck dinners will resume. In earlier times, the speakers often brought news on agricultural developments and homemaking. Today, the topics run the gamut from digital photography to alligators at the Noxubee Refuge. The tradition adapts, but it's still all about neighborly access.

1 tablespoon butter (unless fat is provided by meat)

Salt and pepper, to taste

Note: Large black pots are ideal for cooking this stew. If you want a quality product, use quality ingredients.

(Source: This recipe was developed at least 25 years ago by trial and error by Allison "Preacher" White and some of his hunting buddies. It is the established recipe for making Brunswick stew for the Oktoc Country Store.)