Archaeologist to visit MSU, linking humanities' past to future 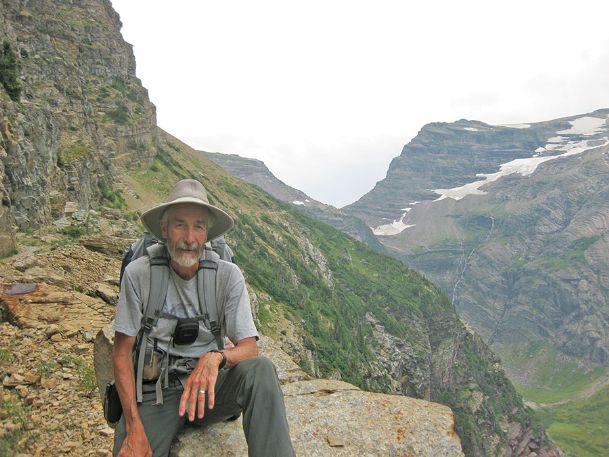 Robert L. Kelly's March 19 visit to MSU will focus on discoveries from Kelly's recent book, "The Fifth Beginning: What Six Million Years of Human History Can Tell Us about Our Future." Photo by: Courtesy photo

Career archaeologist Robert L. Kelly will visit Mississippi State March 19 to discuss how the study of cultural past can predict the future of humanity.

The 4 p.m. event in the McComas Hall theater is open to all and will focus on discoveries from Kelly's recent book, "The Fifth Beginning: What Six Million Years of Human History Can Tell Us about Our Future" (University of California Press, 2016). The book won the 2018 Felicia A. Horton Book Award from the Archaeological Institute of America.

As part of the Distinguished Lecture Series promoted by MSU's Institute for the Humanities, the Cobb Institute of Archaeology is co-sponsoring the free event. Kelly will sign copies of his book, available for sale at the event.

"Dr. Kelly is one of the most well-regarded archaeologists in the world and is one of the world's experts on people who subsist as hunter-gatherers," said D. Shane Miller, an archaeologist and senior research associate at MSU's Cobb Institute and assistant professor in the Department of Anthropology and Middle Eastern Cultures.

A professor of anthropology at the University of Wyoming, Kelly's research interests include evolutionary ecology of hunting and gathering societies, archaeological method and theory, paleoindian colonization of the New World, human evolution and stone tool technology.

Miller said Kelly is one of the "very rare examples of someone who can discuss the nitty-gritty of scientific literature," and write about the topic in "engaging and exciting ways" for a broader audience.

"I'm excited to hear Dr. Kelly discuss the big picture of humanity from the perspective of an archaeologist, and what that might tell us about where we're going in the future," Miller said.

"Dr. Kelly's talk should interest those who are curious about the past but also the future of humanity," said Julia Osman, director of the Institute for the Humanities and assistant professor in the Department of History.

Kelly's archaeology career began in 1973 during an excavation of Nevada's Gatecliff Rockshelter, a prehistoric rock shelter where people camped over a 7,000-year period. He has received more than $1 million in research funding and has participated in project sites in California, New Mexico, Kentucky, Georgia, Chile and Wyoming.

Kelly has authored more than 100 articles, books and reviews relating to archaeology. He is a past president of the Society for American Archaeology and past secretary of the Archaeology Division of the American Anthropological Association. He has served on both the National Science Foundation and Wenner-Gren proposal review panels.

The Institute for the Humanities promotes research, scholarship and creative performances in the humanistic disciplines and raises their visibility, both within MSU and the wider community. The institute's activities include sponsorship of the distinguished lecture series, support for faculty research initiatives and public outreach through scholarship and innovative teaching.