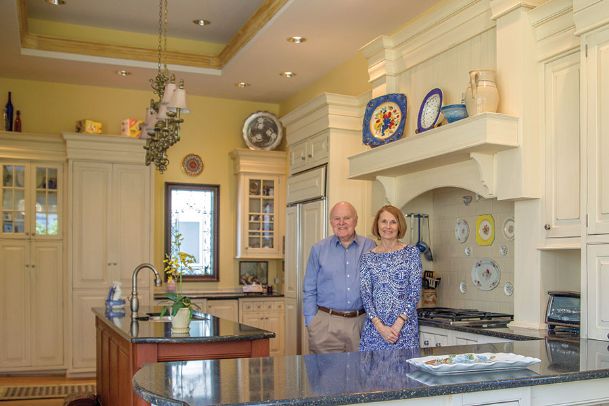 Eddie and Janice Mauck are pictured Thursday in the spacious kitchen of their turn-of-the-century home on Third Street South in Columbus. Photo by: Chris McDill/Special to The Dispatch

Julie Tompkins sits in the front sitting room of her home on Fifth Avenue South Tuesday. Log beams are original to the structure built in the 1820s and added on to.
Photo by: Chris McDill/Special to The Dispatch

David Richardson stands in front of the 1936 home on Sixth Avenue South he shares with his wife, Kazie.
Photo by: Chris McDill/Special to The Dispatch 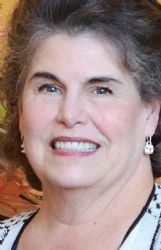 A variety of styles will distinguish the annual Columbus Girlchoir Tour of Homes Saturday, April 6 from 10 a.m. to noon. Three houses near downtown Columbus will open to visitors for the nonprofit choral organization's major fundraiser. The tour titled "Strolling South Side" will feature the homes of Eddie and Janice Mauck at 519 Third St. S., David and Kazie Richardson at 106 Sixth Ave. S., and Shane and Julie Tompkins at 115 Fifth Ave. S.

"These houses are all really different," remarked Girlchoir Director Cherry Dunn. "The Richardsons' home is 1930s art deco. The Tompkins' home is one of the oldest, with the front room a log cabin from the 1820s. The Maucks' home is turn-of-the-century."

Funds raised help provide scholarships for participants who may need assistance with the $100 per semester choir tuition. They also help cover fees for sheet music and accompanists.

"Most importantly, it provides money for trips to regional and national festivals like the one to Carnegie Hall last May," said Dunn. "We try to provide half of the cost for each singer going to festivals, which we do every other year. ... The board of directors works very hard to put this tour on, especially Emily Moody." Moody is vice president of the board and coordinator of this year's tour.

When Eddie and Janice Mauck acquired their home in 1977, it had been vacant for several years and needed a lot of "TLC."

"We completely gutted it," said Janice, noting the dwelling was built in 1890, with just four rooms. "We've done a lot of the work ourselves. There's been a lot of hands-on. We always found surprises, going into the walls."

The Maucks have enjoyed learning about the families who have lived in the home, even discovering that one prior homeowner had a small ice plant in the backyard.

Interior furnishings are traditional, combined with personal family items collected through the years.

"It's just home -- and there's nothing like being home," said Janice.

The minimalist facade of the Richardsons' home stands out in a city known for its antebellum and Victorian architecture. Built in 1936, the geometric aesthetic indicative of The Bauhaus design appealed to David and Kazie well before they purchased the house in 2001. During renovation, they personalized the home with a new serene, calming color palette and distinctive furnishings, including several of Kazie's own non-representational canvases as well as artwork by several other area artists.

"We love this house," Kazie expressed. "I think we feel honored that we're here, to live here and to take care of it."

Visitors will revisit a bygone era when they step into the Tompkins' front sitting room, with its thick log beams original to the house built around 1820.

"It was a log cabin dogtrot," explained Julie Tompkins. "What is a hallway now was open-air (then), so that cool and hot air would run through there."

She recalled the first time she walked in. "I just hadn't seen anything like it. It was just perfect."

The Tompkins have been renovating throughout the 12 years they've lived in the house they've furnished in what Julie described as eclectic farmhouse.

"You have to love an old house to live in it and care for it," she added.

Dunn said, "I am so grateful for the willingness of these homeowners to share their lovely, unique homes with us. South Side is an architectural treasure with its variety of homes, which I hope this tour will highlight."

Tour tickets are $20 at the Rosenzweig Arts Center, Impressions by Susan, from Girlchoir members and at the homes on April 6.

■ WHAT: Annual Tour of Homes and brunch

■ WHERE: Three homes near downtown Columbus

■ TICKETS: $20 at the Rosenzweig Arts Center, Impressions by Susan or at the homes April 6.

3. Did you know? This Columbus city official is also an author COMMUNITY