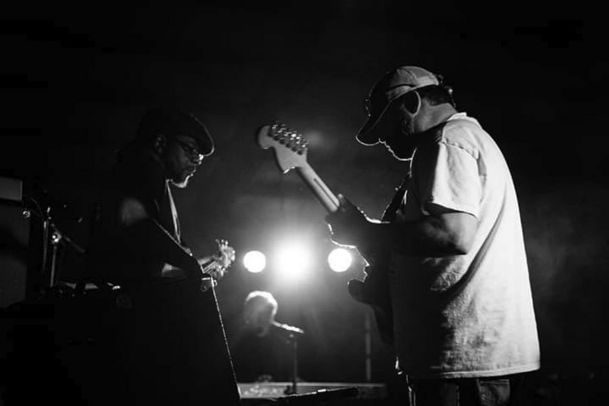 Mookie Wilson and M.O.C. perform at Lilapalooza, a benefit to raise money for a child with leukemia, at Town Creek Farm in West Point in March 2018. Photo by: Courtesy photo

The Prairie Arts Festival, held annually in downtown West Point, will be Saturday. Hundreds of vendors will sell arts and crafts, food and more. The festival is always held the day after the Black Prairie Blues Festival, which celebrates Mississippi blues musicians.
Photo by: Dispatch file photo

Twenty-four years ago, Mookie Wilson stood in the West Point civics center looking out over a crowd of what he remembers to be about 200 people at the first ever Black Prairie Blues Festival.

The West Point native was one of the first musical acts at the now-annual festival held the Friday before the first weekend in September. It's become a tradition always preceding the Prairie Arts Festival held downtown that Saturday.

"I knew the goal was do to it annually," he said. "I didn't foresee it going this long."

This year, Wilson and his band, Mookie Wilson and the M.O.C., are back as the first of three acts, and the only local one. It's the first time they've performed for the festival since its premiere.

The event, which was originally called the Howlin' Wolf Festival, is a celebration of blues music in the Black Prairie, said festival director Jeremy Klutts.

"We're in the birthplace of (blues) music right here in Mississippi and we're celebrating the artists that were from around here," he said. "Howlin' Wolf, of course. Willie King, Big Joe Williams, Booker White, Lucille Bogan. Those were the five main ones that were from this geographical area here. We're just trying to promote and educate on the north Mississippi blues and the Black Prairie."

The festival begins at Mary Holmes College gymnasium at 278 Mary Holmes Drive -- a venue Wilson said "has the right feel" for the festival compared to the civics center -- and features barbecue, other food and raffle items in addition to three bands. The doors open at 5 p.m. and the concert begins at 6.

Mookie Wilson and the M.O.C. are the opening act. Wilson said the band will play a mixture of original "rockin' blues" and cover songs. Their style is what he called "funky blues," though he said he likes to play all kinds of music, drawing inspiration from artists like B.B. King and certainly blues artists from the Golden Triangle and Black Prairie.

Next up will be the Eric Gales Band, headlined by American blues-rock guitarist Eric Gales, who is originally from Memphis. Gales has recorded 18 albums and contributed to vocals on multiple records by the Memphis rap group Prophet Posse and Three 6 Mafia under the name Lil' E, according to information on the festival's website.

Last up will be Rev. Payton and the Big Damn Band, a Brown County, Indiana-based band Klutts described as having a "Delta blues" sound. The three-piece country-blues band has released nine albums, according to the festival website. According to the band's website, they play up to 300 live concerts per year.

Klutts said he expects about 600 people to attend the festival. In the past, attendance has been 300 to 400 on average, depending on whether Mississippi State's football team is playing at home, but said online ticket sales have been extremely good this year.

The festival carries over into Saturday's Prairie Arts Festival, which will feature hundreds of vendors in downtown West Point selling arts and crafts, artwork, food and more. Klutts said there will be blues musicians playing on street corners during Saturday's event.

"It just makes for a great weekend," Klutts said. "Come to West Point."

Tickets for the Black Prairie Blues Festival are $20 in advance and $25 at the door. Advance tickets can be purchased at the Growth Alliance at 746 E. Broad St. in West Point, the Rosenzweig Arts Center at 501 Main St. in Columbus or Jack Forbus State Farm Insurance on 600 Hogan St., No 1 C, in Starkville. For more information or to purchase tickets online, go to blackprairiebluesfestival.com.