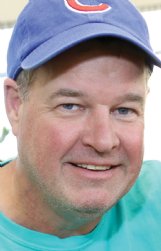 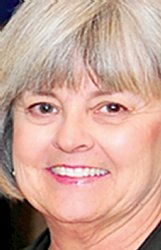 "We are honored that Doug Pellum, owner/operator of Zachary's Restaurant downtown, will be this year's grand marshal for the Columbus Christmas Parade," said Barbara Bigelow, executive director of Main Street Columbus.

"We all are aware that Doug and his dynamic team have emerged from a devastating fire in April that left them without a restaurant for five months. However, it is past community efforts that make Doug the selection for this year's grand marshal."

Pellum and his team are known for raising funds for local nonprofits and individuals in need. In 2017, Pellum began hosting fundraisers at Zachary's. To-date, almost $123,000 has been raised from these efforts.

Zachary's Restaurant has been awarded the Restaurant Neighbor Award two consecutive years by the National Restaurant Association Educational Foundation. This state award honors restaurants that go above and beyond in community service and philanthropy. It aims to inspire other restaurateurs to get or stay involved in their local communities.

In addition, Pellum ensures that all Columbus Police and Sheriff Department officers receive a 50 percent discount on food when in uniform; he provides all military personnel a 15 percent dicount.

"As you can see, it was an easy decision to ask Doug to join this year's parade as grand marshal," said Jimmy Parker, parade planning committee chair.

Main Street Columbus invites individuals, children's groups and community organizations to take part in the Christmas parade. Applications are available by calling 662-328-6305, or visit columbusmainstreet.com or facebook/MainStreetColumbus. Information about parade sponsorships or submissions for the Holiday Art Contest are also available.

"We hope everybody in our community will come out and celebrate the holiday season with us as we bring movie magic to downtown Columbus," said Bigelow. "Meet Me Downtown on Dec. 2 at 7 p.m. for this year's Christmas Parade."