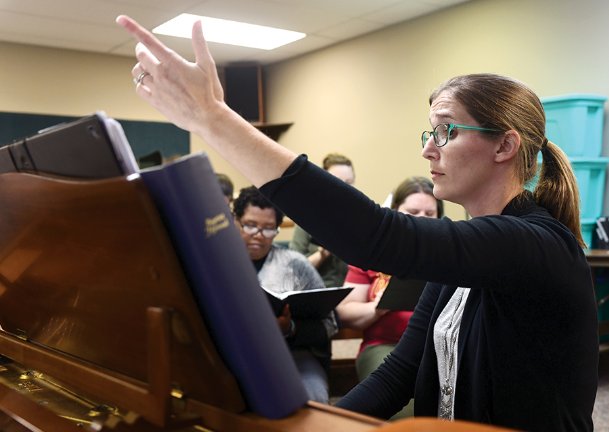 New Columbus Choral Society Artistic Director and Conductor Jayne Doolittle of Caledonia leads the group in rehearsal at First Baptist Church on Oct. 22 for the upcoming "Songs of Peace, Hope and Love" concert Nov. 9 in Columbus, and Nov. 17 in West Point. The performances mark Doolittle's public debut with the Choral Society, which is launching its 10th performance season. The group was organized in 2009. Photo by: Jennifer Mosbrucker/Dispatch Staff 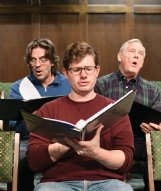 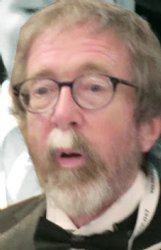 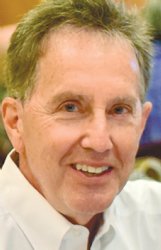 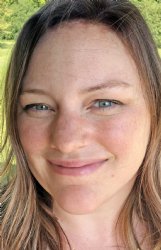 There was a brief time, years ago, when Jayne Doolittle told herself she would not go into music when she grew up. Today, though, it's hard for her to imagine doing anything else.

"Music found me," said the Columbus Choral Society's new artistic director and conductor. Her path, she knows, was probably a given: She grew up in a musical family in the Mississippi Delta. Her dad was a minister of music; her mother sang in a quartet with her sisters. Doolittle herself has been singing "since I can remember."

By day, the educator with a degree in music education and a master's in conducting from Mississippi College teaches sixth- through 12th-grade choir at Caledonia Middle and Caledonia High schools and is a busy mom of two children, ages 7 and 10. But by "night," particularly Tuesday nights since August, she is immersed in rehearsals for "Songs of Peace, Hope and Love," the Choral Society's fall concert. It will be her community debut with the choral group. And she's eager.

"Music speaks, and I think when you see a group of people of every age, every race, every economic background and different beliefs all coming together as one, a choir is the perfect example of what community is," said Doolittle, who moved to Caledonia with her family in 2012. "We want to be that safe place where you can just come and sing because you love it and enjoy making music ... ."

Her tenure with the choral group that is marking its 10th season carries on a tradition of excellence instilled by previous directors Doug Browning, Alisa Toy and Phillip Stockton. And in starting the position three months ago, Doolitle added an important element to her own musical fulfillment -- working with mature voices.

"I love what I do every day," she said of teaching students, but this offered an opportunity to work with adult voices and on music that demands much from its singers. The Choral Society generally produces a major fall and spring concert each year, in addition to other performances. Twelve to fourteen weeks of Tuesday evening rehearsals precede each seasonal concert.

"We put a lot of work into each piece of music," the first tenor said. Church choirs may rehearse a number for a few weeks, he continued, "but here we work on it for several months." He looks forward to Doolittle's leadership.

"I think she's going to bring out some of the very best in our singers," he remarked.

Choral Society Board President Roger Burlingame said, "We are blessed to have found Jayne Doolittle; she is like a bundle of energy. ... We're challenging ourselves to always be more perfect and Jayne is the kind of person who can make that happen."

"Songs of Peace, Hope and Love" will be presented Saturday, Nov. 9 at 7 p.m. at First Baptist Church in Columbus, and Sunday, Nov. 17 at 2 p.m. at the Louise Campbell Center for the Arts in downtown West Point. Suggested donation is $10 per person.

The theme was inspired by a conviction on Doolittle's part that the topic is timely. A different theme was first in development, but in the wake of another mass shooting in America, the conductor felt drawn to create a program on healing and unity.

"I told the choir I don't really know why, but I feel this is it," she said. "I really think we're supposed to do this concert. There may be people in the audience that need to hear the messages in these songs. We want to speak to our community through this music and through the lyrics, to communicate that hope and healing and love and joy."

Losure said, "It's really powerful music, with some serious subjects in it, about how people are treated and about what is important."

Alto Erika Casburn joined the Choral Society a year ago after she and her husband, Capt. Richard Casburn at Columbus Air Force Base, moved to the area.

"Whenever I get into a new community I try to look for a way to get involved, and I usually try to go the route of the arts because I can meet a whole bunch of different people, but we all speak the same language," she said. "It's just magical to make music, and it's a great way to share yourself with the community."

Of the concert theme, Casburn said, "It's like an emotional journey that is supposed to promote healing and coming together, finding hope through adversity and difficult times."

Approximately 45 singers currently make up the Columbus Choral Society. They hail not only from Lowndes County, but also Oktibbeha, Clay and Noxubee counties. Doolittle and Burlingame encourage prospective new members to attend a concert, follow the group on Facebook, visit columbuschoralsociety.com or email [email protected] to inquire about attending a rehearsal or about try-outs. Dues are a modest $50 per semester (college students are excluded from paying dues). That and donations from concert-goers and through the CREATE Foundation help defray one of the group's most significant costs -- music.

"Music is expensive," Doolittle said. "One sheet of music is around $2.15. When you have 14 pieces of music and you're buying 45 copies, it adds up really quickly."

That music, throughout the past 10 years, has represented a diverse repertoire, from sacred realms to Broadway gems. It has taken Choral Society members to New York City's Carnegie Hall, to sing composer John Purifoy's "The Blue and the Gray," to performing with multi-Dove Award-winner and Grammy nominee David Phelps in Columbus. The 10th-anniversary performance season will likely include a "greatest hits"-style concert of favorites, the conductor shared.

As the Choral Society looks toward its second decade, Doolittle invites others to be involved in this unique opportunity to benefit the Golden Triangle community.

a added, "Just come try it out. I have a feeling that if you just come try it once, you're going to want to stick around because it's a really fun thing to do, and it's a great way to be part of something bigger than yourself."

■ WHAT: "Songs of Peace, Hope and Love" concert

5. Community Calendar for the week of September 20, 2020 ENTERTAINMENT