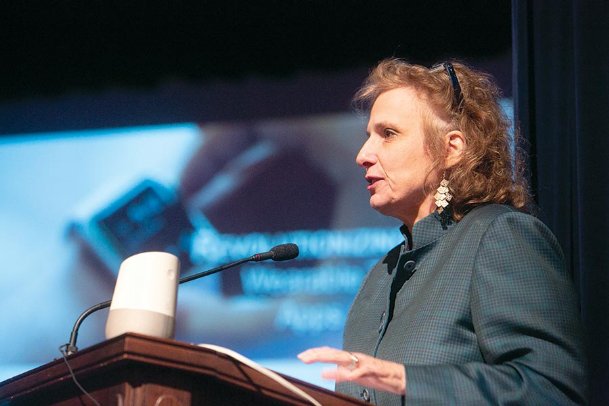 Mississippi University for Women alumna Dr. Doris Taylor of the Texas Heart Institute will present a keynote address during the Imagine, Inspire, Challenge Symposium at the university at 7 p.m. Feb. 6. Photo by: Courtesy photo 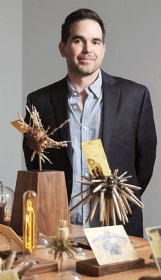 A noted artist will join a renowned scientist for a keynote address to kick off the fourth annual Imagine, Inspire, Challenge Symposium Feb. 6 and 7 at Mississippi University for Women. This year's conference is titled "Stem Cell Therapies in 2020: Healing, Hope or Hype."

During a 7 p.m. keynote in Whitfield Auditorium Thursday, Feb. 6, Houston, Texas-based transdisciplinary artist Dario Robleto will join MUW alumna Dr. Doris A. Taylor, director of regenerative medicine at the Texas Heart Institute, for a conversation on the deep connections between art and science, focusing in particular on Taylor's groundbreaking research in trying to create a functioning human organ.

Featuring both visuals and discussion, the keynote is themed "The Art and Science of Building a Human Heart."

During a 20-year career, Robleto has sought to cultivate transformative interactions between the arts, humanities and sciences. He has exhibited his work extensively since 1997 at museums such as the Menil Collection in Houston and the Whitney Museum of American Art. His work has been profiled in numerous publications and media outlets, including Radiolab, Krista Tippet's On Being and the New York Times.

He has been a visiting scholar and artist-in-residence at institutions such as the Smithsonian Museum of American History, the SETI Institute, the Robert Raushenberg Residency and the Radcliffe Institute for Advanced Study at Harvard University.

Robleto currently is an artist-in-residence in neuroaesthetics at the University of Houston's Cullen College of Engineering and artist-at-large at Northwestern University's McCormick School of Engineering and the Block Museum of Art. In 2016, he was appointed as the Texas State Artist Laureate.

Taylor, a 1977 graduate of The W and co-founder of the II+C Symposium, is leading international regenerative medicine research efforts, creating cutting edge therapies for chronic disease and "building the future treatments of tomorrow." An educator with over 25 years of teaching experience, she is committed to moving innovative therapies from bench to bedside, while preparing students/fellows to compete at an international level in the field of cardiac and vascular repair and regeneration.

Taylor has worked in the field of cardiovascular regenerative medicine since its inception and is widely regarded as a major thought-leader in the field. Her groundbreaking research, using animal and human cadaver hearts, is attempting to "build a heart" by using stem cell therapies to help a non-functioning heart regenerate, beat and thrive. The work has the potential to transform the future of organ transplantation and treatments for heart disease.

A range of experts in stem cell therapies will highlight the half-day sessions Friday, Feb. 7.

The author of more than 200 publications and co-editor of a seven-volume series, Topics in Bone Biology, she frequently serves as a reviewer for both grant applications and journal articles.

The symposium will conclude with a panelist roundtable discussing "What Will the Next 10 Years of Stem Cell Research Bring?"