Let us entertain you: Storytelling festival sparks imagination, laughter and maybe even a tear or two 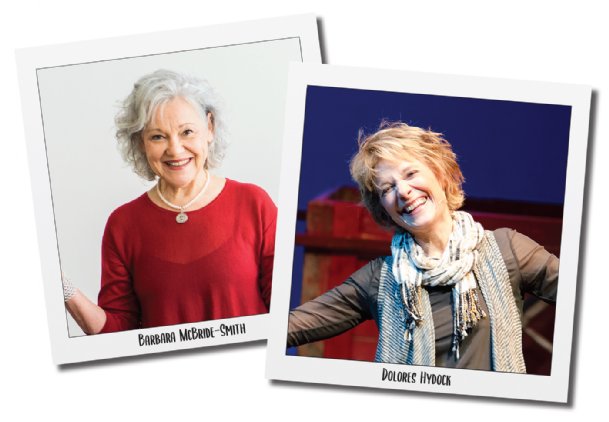 Barbara McBride-Smith delivers performances that range from linking the myths of Mount Olympus to her own family stories, to "Hello Ricky Nelson, Goodbye Heart."
Photo by: troymessenger.com 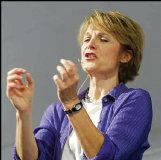 The Birmingham Weekly wrote of Dolores Hydock, pictured, "Hydock talks with her hands. And her elbows. And her shoulders. When she speaks, she's literally irrepressible."
Photo by: storypower.org 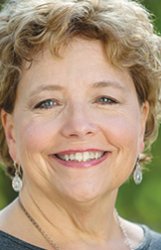 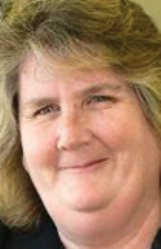 Storytelling is about connections -- the human kind.

"At a time when there are so many things that divide us, stories are one place where we can say, here's what we have in common, here's something that reminds us of our humanity," said professional storyteller Dolores Hydock.

Those connections will be at the center of the Columbus Arts Council's eighth annual Possum Town Tales Storytelling Festival Friday and Saturday, Feb. 28-29. Hydock, of Birmingham, Alabama, joins Barbara McBride-Smith of Jonesborough, Tennessee, for story concerts at the arts council's Rosenzweig Arts Center in the heart of downtown Columbus. The nationally-known tellers have both been featured performers at the mecca -- the National Storytelling Festival in Jonesborough, which annually draws in excess of 10,000 fans who fill big top tents for three days to have their imaginations captured.

"We're so glad to have Dolores Hydock back in Columbus and to welcome Barbara McBride-Smith for the first time," said Columbus Arts Council Executive Director Jan Miller. "Theirs is such a unique art form that so many people in this area don't often get a chance to enjoy. We're happy to bring it again to the Golden Triangle. We hope everyone will come out to hear the power of storytelling for themselves."

Mastering the art of developing and sharing a story publicly requires creativity, vision and skill. Accomplished tellers can enthrall, inspire and move an audience.

"It can seem so simple, yet it's so dynamic -- and sometimes life-changing," said Angie Basson of Columbus, who is helping coordinate the arts council festival. "Stories are the seed of all entertainment. Without the story, there is no movie, there is no song, there is no poem."

Some modern audiences have become dependent on the trappings of lights, sound and explosions to be entertained. And while those have their place, " ... If we will allow our imaginations to fire up, we really just have to have the story," Basson said.

The festival's two featured performers, she noted, have different styles of delivery.

McBride-Smith's repertoire is flavored by her Texas roots. She credits her teller skills to her parents, who were "natural down-home wordsmiths," and to her two deaf sisters, who "communicated with their entire beings."

She told The Dispatch, "What I'm trying to do with my stories is help people realize how certain moments in their lives have been very important to them, even if they didn't realize it at the time." A comical tale of someone in McBride-Smith's world, she said, serves to spark a response in the listener about someone in their own lives.

"What stories do so well is connect people, so that's my goal," she remarked.

Debi Richan of the Timpanogos Storytelling Institute wrote of McBride-Smith, " ... Barbara strings words like pearls and helps us see the world's beauty -- even while showing the bumps, bruises and batterings that come with making beauty from ashes."

She has been a featured teller at the national festival more a dozen times, been teller-in-residence at the International Storytelling Center and is a recipient of both the John Henry Faulk Award for outstanding contributions to storytelling and the Circle of Excellence Award for stage performance.

Hydock, a Pennsylvania native, is making a return appearance on the arts council stage. She has several times in the past entertained area audiences with humorous and poignant stories about a world of characters drawn from the peculiarities of everyday life. As an actress, she has been featured in numerous one-woman plays and other productions. She has also been teller-in-residence at the International Storytelling Center and won multiple awards for her 11 CDs of original work.

Mary Colurso of The Birmingham News wrote of her, "A stellar performer ... Dolores' stories are smart but not cynical, heartwarming yet never corny, traditional without being mundane ... a neat feat!"

In addition to her upcoming story concerts in Columbus, Hydock will present a free workshop at 10 a.m. Feb. 29, open to the public. It's titled "Every Picture Tells a Story: Norman Rockwell as Storyteller."

Known for his more than 320 iconic illustrations that filled covers of the Saturday Evening Post, Rockwell captured stories in art and wrote about his craft in a book, "Rockwell on Rockwell: How I Make a Picture."

"The title could have been 'How I Tell a Story,' because it's a beautiful prescription for how to tell a story -- finding your topics, finding your characters, finding authentic details," Hydock said. The casual workshop isn't only for storytellers, she added.

"I think what he has to say could be applied to anyone trying to create something artistic, whether it's painting, crafts or other creative outlets," said the storyteller.

Anyone who has ever watched a TV series or film, or listened to a podcast, is watching a story. What a teller tries to do, Hydock said, is tell the story while listeners create the pictures in their own minds.

"Our goal is not to tell you our stories but to hold up a mirror that let's you see your story and helps you remember your own experience," she explained. Stories, she continued, remind us we're all human, we all make mistakes, we all do silly things, we all get inspired.

"They remind us we're not alone in this," said Hydock. "There's so much nowadays we do alone: we're on our phones, we're watching Netflix, we're by ourselves. This is an opportunity to be with other human beings in a live performance where we matter, where we're going to laugh together and maybe tear up together and just spend time being connected -- that's not an experience we get to have all that often."