Good times roll: Party on with these Mardi Gras recipes 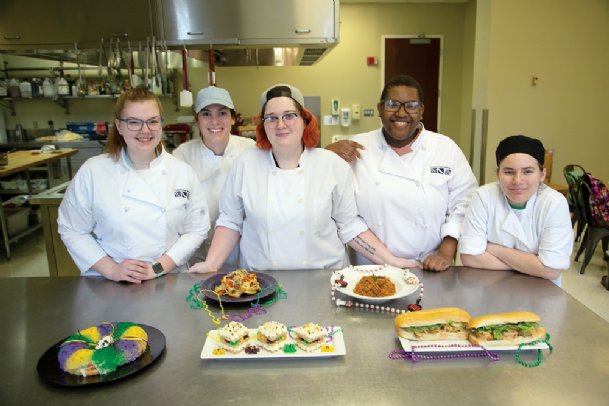 From left, Mississippi University for Women culinary arts students Lauren Weaver of Starkville, Sarah Grete of Clinton, Paige Lovette of Meridian, Alexa Hunt of Roxie and Ashton Rucker of Vaughan are pictured Feb. 11 with Mardi Gras dishes they made for their food styling course. Themed dishes prepared, from left in front, are king cake, opera cakes and fried shrimp po'boys with comeback sauce. Behind those are Cajun crayfish pasta, left, and Creole jambalaya. Photo by: Chris Jenkins/MUW University Relations 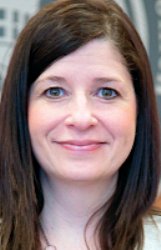 Next Tuesday -- Shrove Tuesday, or Fat Tuesday -- is Mardi Gras season's grand finale. Feb. 25 marks the culmination of Carnival celebrations. It's the last day and night of eating anything we want before the ritual feasting of the Lenten season. Food styling students at Mississippi University for Women's Culinary Arts Institute recently set out to design and prepare a tempting Mardi Gras menu, and share the recipes with Dispatch readers.

"The Food Styling class was given the assignment of coming up with Mardi Gras recipes," said CAI Chef Mary Helen Hawkins. "Each student could select any recipe, plating and props for the photo shoot."

The goal of food styling is to prepare and style food for the camera. A food stylist is trained to maintain food so that it will look its best on TV in commercials, in movies or in print media like magazines and menus.

"You have to learn to be meticulous. You can't just throw it on a plate," said Paige Lovette, a senior culinary arts major from Meridian who would like to one day open her own bakery.

"We could choose our own recipes for this from any source, and then we went over our menu to make sure we didn't duplicate," explained Alexa Hunt, a senior culinary arts major from Roxie. Some of the students even developed their own recipes.

In the MUW commercial kitchen Feb. 11, culinary majors completed final recipe steps before thoughtfully plating foods to be photographed for the food blogs they will present to the class at the semester's end.

With deliberation, Lauren Weaver of Starkville, an MUW junior, positioned edible pearls one by one on her king cake with food tweezers. Lovette carefully placed decoration on her opera cakes -- layered cinnamon cakes with cream cheese icing on the bottom and top layers and a center of chocolate ganache. Sarah Grete, from Clinton, draped colorful beads along the plate rim of her savory crayfish pasta.

"They enjoyed the assignment," said Hawkins. "It gave them the opportunity for a real-world experience to try out some of the food styling 'tools and tricks' they have learned."

Grete, for example, experimented with microwaving wet cotton balls to provide "steam" for her pasta dish in photos. She also cooked the sausage pieces separately to give each piece the perfect sear for the camera.

"If you have ever wondered why your dish doesn't look like the magazines or the photo on the box, don't feel bad," said Hawkins. "It's more than likely a food stylist has spent hours preparing the perfect product to be photographed."

1/2 pound your choice of sausage, cooked

1 pound raw shrimp/prawns tails on or off, peeled and deveined

For the cinnamon swirl cake:

For the white chocolate ganache:

For the cream cheese buttercream: