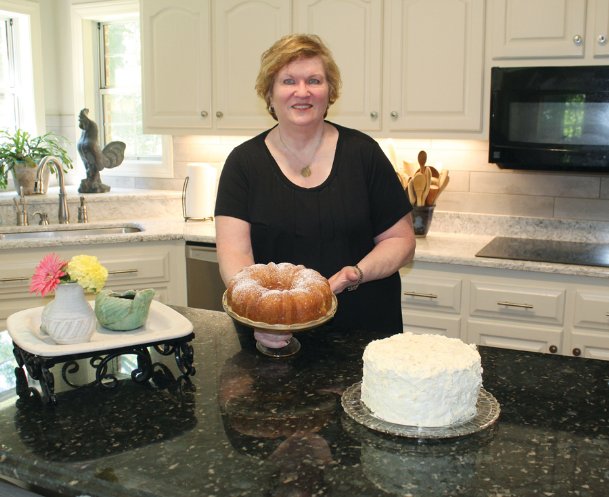 Pam Rhea holds an apricot nectar cake Monday at her home in north Columbus. The frosted cake is a mandarin orange cake, with mandarin oranges in the cake and pineapple in the frosting. While working from home since March 17, Rhea has been making some of her mother's signature recipes. Photo by: Jan Swoope/Dispatch Staff 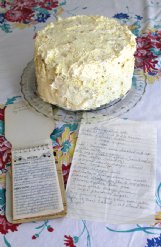 Recipes in Jean Towery's own handwriting are treasured by her daughter, Pam Rhea.
Photo by: Jan Swoope/Dispatch Staff

Pam Towery Rhea has a list. A "to-do" of things she'd like to tackle when she retires. She is business manager of the Columbus-Lowndes Public Library System and, as the Rev. Deacon Rhea, serves the Episcopal Church of the Good Shepherd in Columbus, and St. John's Episcopal Church in Aberdeen.

Rhea recently began checking off a few line items on the list -- but not because of retirement. That's still off in the future. Instead, shelter-in-place has kept Rhea at home, with extra hours to devote in the kitchen.

"I've been working from home since March 17, and I've done a lot more cooking," Rhea said. "I've had this list of things I'd like to do when I retire, and one was to cook some of Mama's recipes that I remember from growing up."

Fried peach pies and cream cheese pound cake have been among the mouth-watering results.

"And I've made so much cornbread -- and Johnny cakes on top of the stove, because my daddy used to love those," said Rhea. Her mother, the late Jean Towery, was born in Smithville and moved to Columbus soon after marrying her sweetheart, Coley, upon his return from World War II.

"Mama was not a fancy cook, but she made a sweet at least once or twice a week," said Rhea who enjoyed working from her mother's small spiral-top recipe notebook and an assortment of other recipes she'd jotted down. Like many practiced cooks, Jean was so familiar with how to make her favorite dishes, some instructions were along the line of "put in enough flour until it thickens," so replicating the exact recipe required a little experimentation.

As Rhea thought back to familiar foods from earlier years, she discovered she didn't have a recipe from her parent for some of them. She sought out alternatives from other sources, like the internet.

"I did an apricot nectar cake she would make. There are 50 different recipes for it, and I have tried them until (I found one that) tasted more like I remember hers tasting," Rhea remarked.

The recipes in her mother's handwriting, however, are the most special of all -- like Jean's specialty ham and egg pie that was a signature dish on holidays, or a tasty orange slice cake she baked.

The culinary excursion into her mother's cache of recipes has been comforting, Rhea said. Hours in the kitchen with no pressure, no time limits. This is "memory food," and few times are better suited for it than the season surrounding Mother's Day.

Pie dough (or use own dough recipe):

(Source: Jean Towery, via Pam Rhea, "adapted slightly from sweetteaandcornbread.net for measurements, since my mother didn't use measuring cups!")