Summer fritters: Don't miss out on fresh corn, one of summer's best gifts 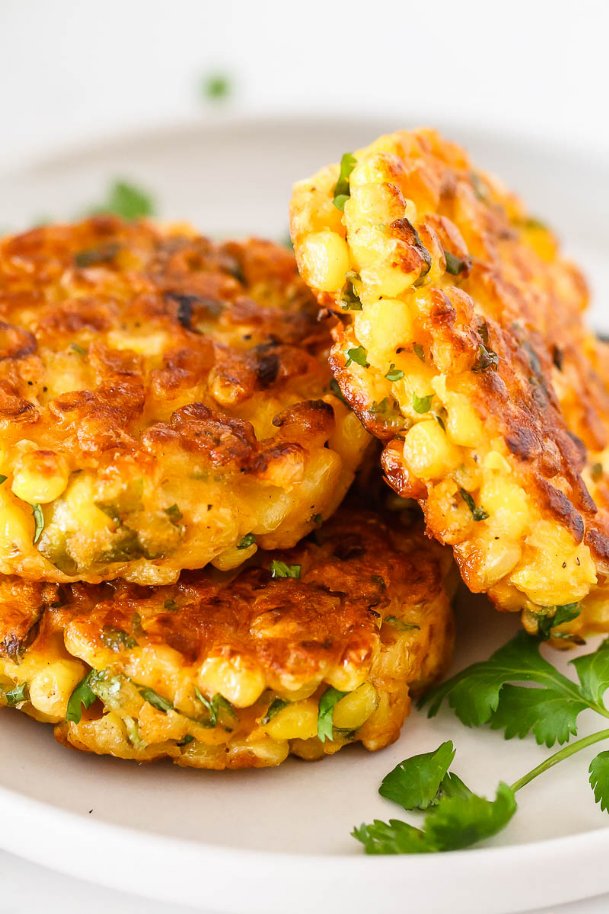 Fresh corn is in season, no better time for not only corn-on-the-cob, but favorites including delicious corn fritters. Photo by: pinterest.com

It's no exaggeration to say some of the best corn I've ever had came from a farmers market -- the Hitching Lot in Columbus, to be exact. The sight of the butter-yellow cobs on a market vendor's stand always reminds me of that. It sometimes also brings to mind my maternal granddaddy, who moved from Memphis to Pontotoc in retirement. He and Grandmama returned to their upbringing, one might say. They rehabbed a farm there, complete with chickens, requisite cow and horse, and a garden where they grew much of what they ate. I was too young to be of any help, but I have wisps of memory of tagging along to the garden, where, among other veggies and fruits, Granddaddy tended his tall stalks of corn. Enjoying that corn later with them was an early lesson in farm-to-table.

Local corn is a prime reason to get to the farmers market nearest you. Sweet, tender, fresh, usually only hours out of the garden, there's no better season to enjoy these "niblets of sunshine." We've explored before flavorful ways to dress up corn-on-the-cob -- grilled with lime butter, mayonnaise, garlic butter, Parmesan, chipotle-cilantro butter, and the list goes on. But will we spend our summer eating just corn-on-the-cob? The time is ripe for other favorites, like corn fritters. The small fried cakes can be sweet or savory. They work as an appetizer or a side for dinner. Make them round, or flattened a bit as patties; keep it basic (as in the second recipe below), or flavor them up, as with the first recipe, calling for onions, paprika, olive oil and a touch of cayenne. Customize with cheddar cheese, jalapenos, crushed red peppers or a pinch of garlic powder, if you like. Variations are plentiful. One recipe I came across called for milk and a bit of sugar.

The best corn fritter is a crisp corn fritter. Tips from Meghan Splawn at thekitchn.com for the crispiest include using a wide, heavy-bottomed pan (like cast iron) and hot oil. Use at least 1/8th of an inch of oil to cover the pan, she recommends. Heat the oil for several minutes before adding the fritter batter to the pan. Don't overcrowd; frying fewer fritters at a time will result in crispier eats.

The batter tends to "sit up" a bit when dropped in the pan; gently press with a spoon or spatula to flatten it out and cook more evenly. Move fried fritters to a paper towel-lined plate to drain and sprinkle with a bit of salt.

When ready to serve, you could finish up with a dollop of sour cream and sprinkle of chives. Enjoy your fritters alongside broiled tomatoes, crispy bacon, chicken or a side salad.

Fresh summer corn, on the cob, in fritters, in a salad, in a soup -- however you best like it, it's one of this season's simple pleasures, starring now at a farmers market near you.