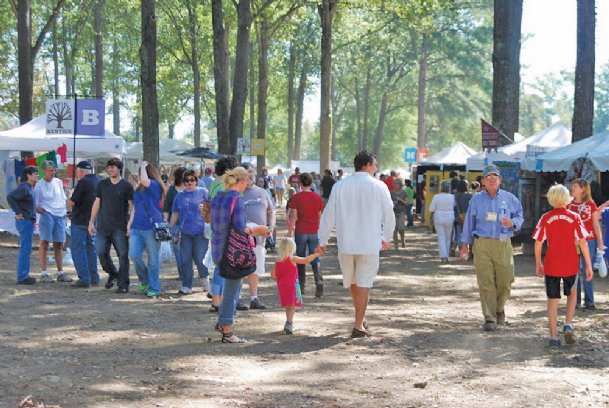 The Kentuck Festival of the Arts in Northport, Alabama, is yet another 2020 headline event canceled due to COVID-19. Photo by: al.com

For 49 years, the Kentuck Festival of the Arts in Northport, Alabama, has been a premier showcase for more than 250 select artisans annually from far and wide. After nearly half a century, however, the event that attracts many visitors from the Golden Triangle has made the hard decision to cancel this October's 2020 festival.

The Kentuck staff and board of directors reviewed local and national medical data, financial projections and responses from a distributed survey, in hopes of developing a financially-feasible, socially-distanced festival that would still deliver the Kentuck experience for artists and guests. After compiling information from all sources, however, the board unanimously voted to cancel the 49th Festival of the Arts out of concern for public health.

In a Kentuck press release, organizers described the situation as a "worst case scenario." The festival is the largest source of revenue for the Kentuck Arts organization. The economic impact to artisans and community is estimated at $5.5 million.

Kentuck still plans to provide a modified, virtual celebration of artists. More details will be announced in early August.

Cancellation of the festival is the "biggest existential threat" Kentuck Art Center and Festival has faced in its half-century history, the board released. One element of plans to formulate alternative ways to bring art to the public is the establishment of the Kentuck Festival Forever Fund, to ensure the festival continues for years to come after the pandemic threat is past. For more information, visit kentuck.org/festival-forever.