Stitched with love: A story leads a Columbus woman to reach out to kids a world away 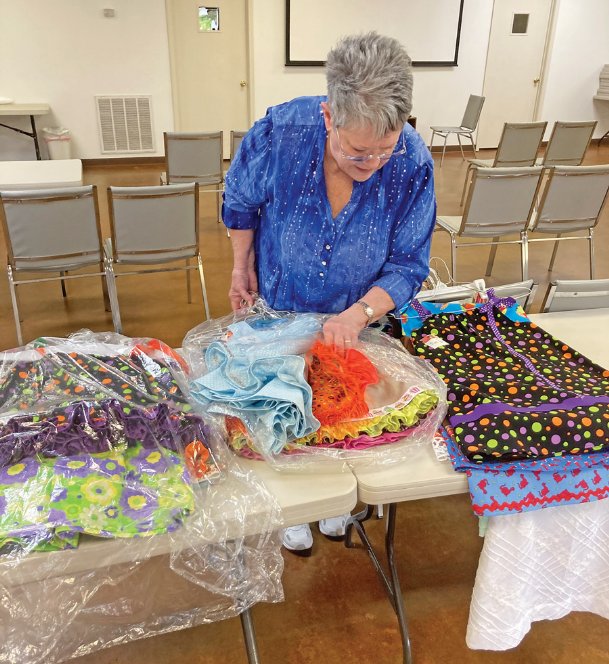 Tammy Craddock of Columbus sorts dresses she made that are on their way to El Salvador, to be distributed by a ministry. Craddock was compelled to make the garments after talking to a niece who previously went on a mission trip. Photo by: Courtesy photo 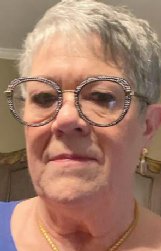 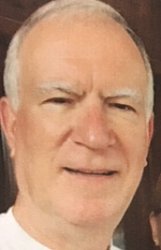 For dozens of young girls in Chinameca, El Salvador, this Christmas will bring a special gift sent with love from Columbus, Mississippi. It began with a story Tammy Craddock recently heard from a niece who had been on a mission trip abroad more than a year ago.

"My niece went to Uganda, and they took dresses for the little girls," Craddock recounted. "She told me about this one little girl that came to the clearing where they were, and she got all the way down to her (undergarments), waiting for her dress, and they didn't have one to fit her. She just cried and cried."

Craddock couldn't forget what she'd heard. The accomplished seamstress got an idea that sent her to check a sewing closet at home. There she found a cache of fabrics and notions stored away from years of sewing for her own family.

"You know you have a bunch you never get around to, and I had bins with six sundresses already cut out," she said. She took it as a sign, especially as this unfolded about the time the pandemic set in.

"It was like one of those aha moments," said Craddock. "I called my niece and told her I felt the need, and I was being led to make these dresses. It was in March and COVID had started, and I didn't want any place to go. This was my therapy," she said. "We had dresses hanging all over the place."

"I tried to put something pretty on them and make them special," she said.

Making dresses was only half the equation, of course. Getting them to children that truly needed them was the other. That's when a suggestion from Craddock's pastor, Curtis Bray of Shaeffer's Chapel in Lowndes County, came at just the right time.

It so happened that Shaeffer's Chapel youth had put together 100 Christmas boxes to be sent to El Salvador. John Triplett of Pearland, Texas, a brother to a Shaeffer's Chapel congregant, would be picking up the boxes in Columbus on behalf of Kendrick Ministries.

"We generally make a couple of trips to El Salvador a year, except this year, and (the ministry) tries to send Christmas boxes up into some real hard-to-reach places of northern central El Salvador in the area of Chinameca," Triplett explained.

As a visitor to Shaeffer's Chapel whenever he's in Columbus visiting his brother, Triplett had shared his interest in mission work with Bray. Triplett was happy to hear from Bray that, in addition to boxes, he would also be picking up 63 girls' dresses.

"I picked up these boxes and lo and behold, there are these beautiful dresses," Triplett said. "Mrs. Craddock does amazing work, with the embellishments, buttons and lace."

They will be much appreciated when they reach their destination.

"It's very poor down there, and folks are just precious people. They just don't have much," Triplett said of the locale where work, if it can be found, may yield about $150 per month. The pandemic has made conditions worse.

He had high praise for the people of Shaeffer's Chapel.

"They're very community-minded, with a loving spirit," Triplett remarked. "These children, when they get these boxes on Christmas day, it's just incredible. You just can't imagine the joy that comes with that."

Craddock has already received a thank you letter from others that helped transport the dresses. After Christmas, she's looking forward to promised photos of some of the children receiving their new garments.

"Things have just worked out; it's like God talking to me to do this," she said.

Once some sewing projects for family are done, she plans to get back to making dresses for children she will never meet.

"It's kept my sanity through all this, and it's a labor of love," she said. "I'm just thrilled to be able to help out. I knew I was led to do it."