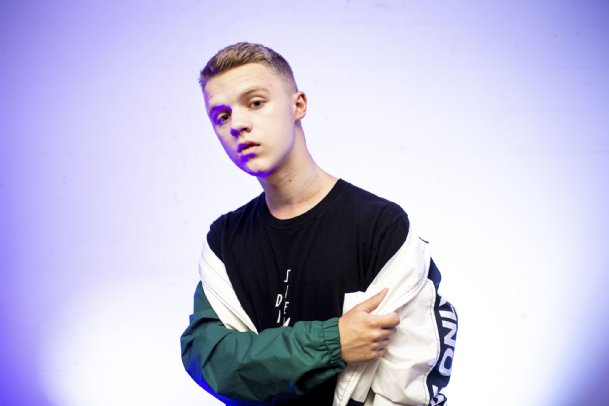 Like many students at Mississippi State University, Don Ryvcko juggles class hours, school work and a part-time job. Unlike most of his classmates, though, the 20-year-old communications major is also writing lyrics, planning recording sessions and building musical bridges between Latin and American culture. Ryvcko -- real name Joseph Houston -- signed with No Apologies Music on Dec. 9, and pursuit of his career just entered a more intense phase. No Apologies' Latin Urban record label located in Orlando was co-founded by Dove Award-winning producer Cardec Drums. He has produced for notable artists in the Christian rap genre, including three-time Grammy winner Lecrae.

Raised in Honduras, Ryvcko spent half his life there, speaking Spanish, immersed in the musical influences of his parents. Life took a 180 when his family moved to Starkville when he was in fifth grade, to be near other relatives.

"It was a big culture shock when I moved here to Mississippi," Ryvcko said. "It's a completely different culture."

He assimilated, attending Armstrong and Starkville High School. He chose to go to MSU, electing to study communications, with a concentration in public relations. And he listened to music, developing his own style and soon creating strictly Latin Urban music, mixing Spanish and English together while representing his home country of Honduras.

"I was kind of born into a musical family. Both of my parents throughout high school and college, they had some bands," Ryvcko said. "My mom played clarinet in high school; my dad played piano and guitar in some of the local worship bands." Ryvcko and his brothers all "picked up instruments."

By age 18, the then-teen was taking his calling more seriously, investing in recording equipment, learning how to mix and master his own music and putting some of his tunes out there.

"I started to develop a small fan base, but you've gotta start somewhere, and from there started making connections."

When Drums heard Ryvcko's singles in June 2019 -- "El Coche" and "Te Lo Juro" -- he became interested in this young artist. After a recording session together in the Reach Records studio, a record label founded by Lecrae, Ryvcko and Cardec continued to build their relationship while working on more music, Ryvcko said.

Then, enter COVID-19. As it did with so much music production throughout the world, the pandemic slowed down everything for Ryvcko. But, it also led to his placement on the Reach Records and No Apologies collaborative album "Sin Verguenza," out in October. It contains the MSU student's single "Como Fue." Then, in December, after a year and a half working towards the signing, the artist was added to the No Apologies roster.

While listeners will readily identify Ryvcko's rap and hip-hop vibe, they may not immediately realize the music centers around positive messaging.

When asked about genre, he said, "It's a lot of different styles that I've been able to experiment with. I really can't label my music. It might be Christian rap, or just rap, but my faith is evident through my music. That's something that's definite. As long as the message gets through, you can call it what you want."

He's eager to work on music that crosses boundaries and speaks to everyone.

"Latin music is starting to cross over a lot," he remarked. In the new year, he's expecting to release several songs and video content. Finding the balance between school and artistry will be a priority.

"When I started out college, my freshman year was really a struggle for me, but I knew music was the career I wanted to do," he said. "It was just a stressful year, but after that year I talked it over with my family; they gave me advice which was helpful. I really felt God speak to me, to just be patient. His promises are always fulfilled. I just needed to trust in that process and be patient."

School has been a "good thing," he said. "I've learned managing my time, knowing what to prioritize, being more disciplined. It's taught me just to improve my work effort."

He knows 2021 will be demanding, but he is ready to tackle it.

"This new year is going to be honestly a new experience for me, but at the same time the main thing is being able to plan ahead and being able to manage my time, not getting caught up and distracted."

Ryvcko is unapologetic about channeling his faith into his music.

"We're doing this for God," he said, "and we're glorifying him."

3. Community Calendar for the week of February 28, 2021 ENTERTAINMENT

4. In the garden with Felder: Composting can be fuss-free COLUMNS

5. To lead, to succeed: Youth of the Year program inspires kids to step up and lead COMMUNITY