In the kitchen -- and at the farmers' market -- with Wilson Beck

Early birds at the Hitching Lot Farmers' Market in Columbus Saturday will reap more than choice picks of fresh produce, crafts and plants. They will also enjoy a cooking demo when Wilson Beck starts whipping up chocolate banana waffles at 7 a.m.

The abundance of English peas at the Hitching Lot Farmers' Market in Columbus this season has been welcome.

Farmers' markets are back. And that means a whole new chance to make friends with strange and unusual vegetables. Or to rehabilitate some old familiars.

The Loaves and Fishes Community Soup Kitchen in Columbus was established in 2008 and has been largely supported by donations from churches and individuals. But this Friday, the nonprofit ministry will do something it has never done before -- host a large fundraiser. 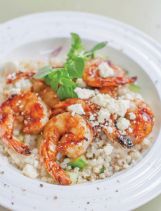 Foods of the Bible: Foods from the scriptures extend culinary horizons

"It all started with a book, when I was a little kid," explained Diane Howton Asadi, who grew up in Caledonia. The book was filled from cover to cover with mesmerizing photographs depicting cultures around the world. The images captured Diane's imagination, but none moreso than those from Western Asia and the Middle East.

Granted, it was a tad chilly last Saturday morning, but several souls wrapped up in long sleeves and came to my cooking demo on using hothouse tomatoes at The Hitching Lot Farmers' Market.

A healthy way with fiery chicken and cooling salsa

It's barbecue season, and chicken is the ideal candidate to get you grilling. 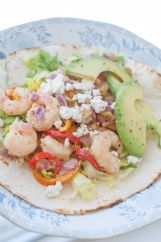 What I really wanted was pizza. But I was too lazy to drive down to the pizza shop to get it, and they only deliver if you order $40 or more. And as much as I like pizza, that's a lot of pizza.

Mexican Kitchen's Milestone: A 50-year legacy, made from scratch

Taco James likes to joke that only the police, the IRS and his mama know his real name. (It's Rodger.) Fact is, he's done pretty well with his nickname since about ninth grade. That's when classmates who knew his family owned a Mexican restaurant christened him "Taco."

Finally, we can all breathe a sign of relief and enjoy this glorious spring, with summer following soon. And, there is no better harbinger of the warm days ahead than the grand opening of the Hitching Lot Farmers' Market on Saturday.

The secret to this simple Mother's Day dessert is frozen puff pastry. It is easy to work with and bakes up into a deliciously flaky pastry.

The Lowndes County Cattlemen's Association wants you to take it easy this weekend. Chill out, take a load off, let someone else do the cooking.

A light, but filling smoked salmon salad for Mom

How many breakfasts in bed does it take for a mom to get sick of breakfast in bed on Mother's Day?

Rite of spring: St. Paul's May luncheon - generation to generation

If you ask longtime Columbians to list some local rites of spring, chances are you'll hear mention of the St. Paul's Episcopal Church May Luncheon. The event, after all, has its roots in the 1800s.

Fennel and tarragon blend in a rich clam chowder

A springtime take on the classic crabcake

As the weather gets warmer, I cook lighter. And in The Husband's taxonomy of food, crabcakes are relatively light. So I thought I'd employ of couple of seasonal stars -- peas and radishes -- to put a spring spin on them.