The classroom calls: Spark some excitement with a Back to School party

Wasn't it only yesterday children were giddy at the thought of getting out of school for summer break? And now, the calendar beckons them back.

'Casserole Patrol': CCT serves up laughs (and dinner theater) when one small town's single women go after the same fellow

If the way to a man's heart isn't actually through his stomach, the women of the "Casserole Patrol" will be sorely disappointed. Food is the heavy artillery in their quest to win the affections of the recently-widowed "Colonel," the newest eligible man in their little town. 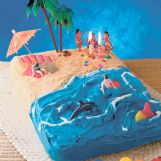 Make a splash: While summer lasts, celebrate the ocean blue (and poolside, too) with themed cakes

Did you notice? By July 5, many big box stores had replaced their festive red, white and blue displays with reams of back-to-school supply lists. Don't let bins of notebooks, pencils and glue psych you out of celebrating the weeks of summer break remaining. Even if you don't have an actual trip to the beach to look forward to, that's no reason not to pull out the tiki torches, bake a themed cake and make some waves right at home.

It may be summer, but "school" is very much in session at Mississippi University for Women's Culinary Arts Institute. Throughout the month of June, emerging cooks are earning their aprons during week-long sessions at MUW's Culinary Camp for Kids. 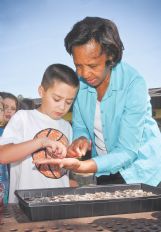 Planting seeds for healthy living is a way of life for Lowndes County 4-H Agent Sharon Patrick, especially in her work at the Columbus Air Force Base. 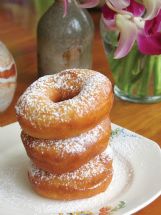 We humans seem addicted to bestowing a "day" upon almost anything. In June alone, there's Flip a Coin Day, Hug Your Cat Day, Sewing Machine Day and, a personal favorite, International Panic Day. So it should come as no surprise there is such a thing as national Doughnut Day.

'We all scream' for old-fashioned homemade ice cream, powered by John Deere

There was a time, in the not-so-distant past, when churning an ice cream freezer on the back porch was a summertime ritual. Every strong arm in the family took a turn at the crank, and youngsters in the right place at the right time got to lick the dasher.

Memorial Day traditionally serves as the starting pistol for a summer of outdoor smoking and grilling. How better to usher in that mouthwatering season than with a little insight from a master cook? 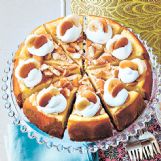 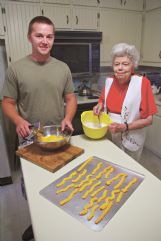 Sweets and savories: Desserts and delicacies are part of annual May tradition at St. Paul's

In kitchens throughout Columbus, preparation is underway for the annual bake sale to be held in conjunction with St. Paul's Episcopal Church May Luncheon Friday, May 11. The Episcopal Church Women's fundraiser is a major event on the congregation's calendar, for almost everyone takes part in one capacity or another.

This upcoming Mother's Day takes on special meaning for Brent Davidson and his mom, Carol Davidson. Since recently deciding to team up commercially, they've made new discoveries about each other and added a fresh dimension to their already-strong bond.

With beef on the mind, what better time to think about marinades?

'Off the charts' Grow a year's supply of vegetables and fruit for a family of four? Yes, Melby's chart shows how

ete Melby's affinity for the good earth is rooted in his childhood, growing up in St. Louis. "My fifth-grade teacher challenged us to grow a garden," said Melby, now a professor of landscape architecture at Mississippi State University. "I enjoyed it so much, I sold (produce) to the neighbors from a basket on the front of my bicycle."

For bread maker Rebecca Watson of Starkville, the best reward is often in the expressions of those tasting fresh homemade bread, especially artisan bread, for the first time.

Celebrate the Final Four with some state favorites

So, your brackets were torn up long ago, but that's no reason not to enjoy the Final Four this weekend.

Crawfish, mudbugs, crawdads, crayfish -- call them what you will, the prolific Cajun delicacy is once again on the move into the Golden Triangle. Late winter into early spring heralds a new harvest of fat crustaceans generating a buzz, especially with fans who have been impatient for their arrival.

Yes, we still have St. Patrick's Day and March Madness to get through, but have you looked at the calendar? Easter is just over three weeks away, on April 8. Next to Thanksgiving and Christmas, this may be the holiday that inspires us most to do something special in the kitchen.

Emerald eats: Bring a little luck o' the Irish to your table this St. Patrick's Day

When St. Patrick's Day rolls around, there seems to be at least a wee bit of Irish in all of us. 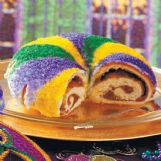 Mardi Gras. It's been called the season of "voluntary madness" -- with parades, masks, floats, music and outlandish costumes. The revelry builds to a crescendo between Epiphany (Jan. 6) and Fat Tuesday, which falls this year on Feb. 21.

2. Let us entertain you: Storytelling festival sparks imagination, laughter and maybe even a tear or two ENTERTAINMENT

4. The W's MFA in Theatre Education has a long reach COMMUNITY

5. Community Calendar for the week of February 16, 2020 ENTERTAINMENT