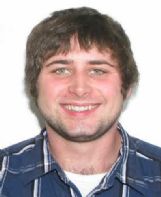 UPDATE: Arrests has been made.

PREVIOUSLY: A student was shot to death at a Mississippi State University residence hall late Saturday night, prompting campus-wide alerts as authorities searched for suspects who fled the scene. The university held a press conference Sunday morning at 10 a.m. to release more details.

Bill Kibler, vice president of student affairs, stated the victim's name is John Sanderson, age 21, from Madison, MS. Sanderson is a first year student at MSU and transferred there from Holmes Community College.

The 911 call was placed at 9:54 p.m. Saturday night, and police arrived at Evans Hall within minutes. The shooting occurred in a first floor dorm room.

Sanderson was transported by ambulance to Oktibbeha County Hospital Regional Medical Center around 10:20 and was declared dead there at around 11:30 p.m.

Evans Hall, which houses about 300 male students, has security cameras at each entrance. That video footage has been downloaded and turned over to police. Dorm residents have to go through three separate key card entrances before reaching a residence room.

Three African American male suspects reportedly fled the scene in a blue Crown Victoria. Authorities believe the suspects fled the campus and probably the city of Starkville. Twenty four students from adjacent rooms were relocated after the shooting primarily to preserve the crime scene. A gun was recovered on campus but authorities did not say where it was found.

As of mid-day Sunday, no arrests had been made.

Kibler says the university cannot discuss the motive due to the ongoing investigation.

University President Mark Keenum announced he believes the shooting was an isolated incident, and there's no indication of any danger to other students; however, university and Starkville residents were cautioned to be aware of an African American male looking for a ride to Jackson.

Shortly after the shooting, the university began sending a series of text message alerts to students.

University Police are heading the investigation with the help of Starkville Police, Oktibbeha County Sheriff's Department and Mississippi Highway Patrol.