Fairwell to a pilgrimage favorite 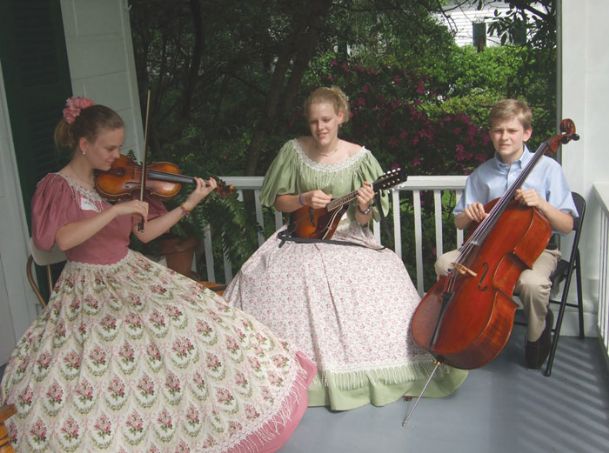 Twins Laura and Lucy Sandifer and their brother, Scott, perform on the porch of Twelve Gables during Pilgrimage. Photo by: Jeff Clark/Dispatch Staff 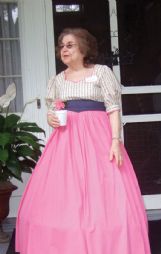 After more than 20 years and hundreds of tours, a Columbus icon is shutting her doors to pilgrimage visitors.

Trudy Gildea, owner of Twelve Gables, one of the state's most historic homes, recently announced this year will be her home's pilgrimage swan song.

"I will be 83-years-old this year, and prepping the house for tours has gotten to be too much for me," Gildea said. "I'm going to put a new roof on the house, and I need to have some other repairs done."

A native of New York, Gildea moved to Columbus in 1980 with her husband, Ray, who was pursuing a post-graduate degree at Mississippi University for Women. The couple bought the 220 3rd St. S. home in 1983 and started showing it on the pilgrimage in 1985.

Even though Twelve Gable is famous for being the home where Memorial Day originated, Gildea said she had no interest in showing it in the beginning.

"The historical people kept coming by telling me I should put my house on pilgrimage," she said. "I didn't want to be on a pilgrimage -- I didn't think I had the furniture for it. But I did it in 1985, and I've been doing it since."

The Sound Of Music

When Gildea, a classically-trained musician, first arrived in Columbus, she said she was shocked with the lack of artistic programs for children. Being tenacious by nature, Gildea decided to take the matter into her own capable hands.

The violin lessons led to Gildea's creation of the Suzuki Strings Program of Columbus in 1980, with a grant from the Mississippi Arts Commission. Cello instruction was introduced in 1986.

Gildea says her passion for music contributed to her decision to exit the pilgrimage tours.

"I'm almost 83," Gildea said. "I want to do other things. Mainly, I want to play music. I'm not retiring. I'm just trying to create more time so I can teach lessons and play music -- it's what I want to do. I still perform with the (Starkville-Mississippi State University Symphony) and I still teach lessons to a few students."

A trio of what Gildea described as her "most gifted and special students" performed on the porch of Twelve Gables Saturday, providing a string background to enhance the pilgrimage experience.

"We started playing when we were three," Laura Sandifer, 15, who is one-third of The Sumic Trio with her twin, Lucy, and brother, Scott, said. "(Mrs. Trudy) has been a very important part of our lives."

"These children have done so well," she said. "Their mother has worked with them and helped make them the musicians they are today. They are now taking lessons at the University of Alabama. I am very proud of them."

Although Gildea has decided to leave the pilgrimage tour to continue to pursue her love of music, longtime friend and pilgrimage coordinator Nancy Carpenter said her presence will be missed.

"It breaks my heart to think of a pilgrimage without Trudy participating," Carpenter said. "But I truly understand. It takes a lot of work to get your house ready for pilgrimage. I don't think Trudy is truly retiring. I have a feeling she will still be a part of the pilgrimage in some way. I am happy that she's going to be able to spend more time playing her music -- it's what she loves the most in life."