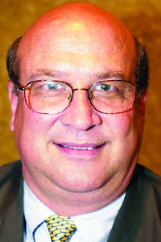 A controversial bill, which would require photo identification in order to vote, passed the state Senate 34-14 Tuesday, but local opponents say the fight is far from over.

Voters passed a ballot initiative in November 2011, with 62 percent in favor of the measure. An amended version passed the Senate, meaning HB 921 now will be kicked back to the House of Representatives, where Chairman of Apportionment and Elections Bill Denny will either approve the amended version and put it before the House for a final vote or he will invite a conference, in which three representatives and three senators will write a new bill upon which they can agree.

Once signed into law, the new constitutional amendment has to be approved by the United State Justice Department. Rep. Gary Chism, R-Columbus, said he supports the bill, but he expects the Justice Department will turn it down, forcing an appeal.

Either way, Chism said it's unlikely voter identification requirements will be enforced by the November Presidential election. He said, while there may not be "a ton" of voter fraud going on throughout the state, he believes some isolated pockets exist where it takes place.

"This would cut out that question," Chism said. "I'm confident (voter fraud) is going on. How much of it is going on, who knows? You ought to be able to bring honesty to the election process by having a photo ID."

"As far as the ID, I have no problem with it," Salazar said. "That's what the people want, that's what passed and it will give people a better sense of integrity in the electoral process. But I just see that as a logistical problem. People always have believed people are voting under deceased people's names, there's always a lot of rumor. I don't really think there's that much of that going on. But anything that will help eliminate voter apathy is a good thing."

Local Democrats were divided on the issue.

"I'm adamantly opposed to it," Lowndes County District 5 Supervisor Leroy Brooks said Wednesday. "They're claiming it will reduce voter fraud, and the truth is, there has not been any major documentation of voter fraud in Mississippi. I think it's a step back in race relations. I don't consider it a progressive piece of legislation and it's not doing anything to promote a harmonious relationship for the state."

Lavonne Harris, president of the Lowndes County chapter of the National Association for the Advancement of Colored People, said NAACP representatives at the local and state level plan to challenge the amendment, because they feel it's a violation of the Civil Rights Act of 1964.

But Columbus Democrat Claude Simpson said he supports voter identification, because he believes it will keep politicians and voters honest.