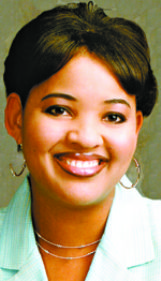 Details of the 10-page contract were released to the Dispatch Wednesday following a Freedom of Information Act request.

Former superintendent Dr. Del Phillips' salary topped out at $161,200, but his pay was reduced as a result of across-the-board budget cuts, leaving him at $154,400 by the time of his departure last June.

Liddell's contract went into effect at the beginning of the month and will end June 30, 2015.

In addition to her base salary and supplemental pay, Liddell will receive a performance-based incentive bonus each year of $1,710 per school which meets its growth status, as determined by the Mississippi Department of Education's annual accountability report. The bonus is contingent upon state-funded teacher pay raises being granted by the state Legislature for the qualifying year.

In order to meet growth status, a school must demonstrate, through state test scores, that its students met or exceeded performance expectations -- a set of academic benchmarks derived from the previous two years' data.

Liddell's contract stipulates at the beginning of each school year she submit a statement of district and personal professional goals and objectives for the upcoming year.

The board of trustees has the right to conduct a performance evaluation by Jan. 31 of each year.

The Starkville School District's new superintendent, Lewis Holloway, follows closely behind, earning $175,000 per year, compared with former superintendent Judy Couey, who was earning $130,000 at the time of her resignation.

The salaries of Loden and Holloway both outpace that of last year's top earner, Jackson Public Schools Superintendent Jayne Sargent, who received $160,417.

Lowndes County School District Superintendent Lynn Wright, who was elected in November, received a starting salary of $117,500 per year. Previous LCSD Superintendent Mike Halford began at $84,000 and was earning $125,000 by the end of his eight-year tenure.

The DeSoto County Schools, which has nearly 32,000 students and is the largest district in the state, pays Superintendent Milton Kuykendall $152,268 per year. That district is currently ranked high-performing, based upon state accountability models.