Phillips keeps kids out of school in budget impasse 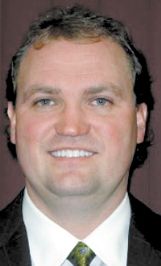 Dr. Del Phillips is no stranger to education budget woes, but Monday he faces a watershed he never reached as superintendent of the Columbus Municipal School District: School's out -- indefinitely.

Phillips resigned from the city school district in April 2011 to accept a position as director of schools for Sumner County Schools in Gallatin, Tenn., near Nashville. The sprawling district, which boasts 28,000 students in 46 schools, came with a bigger salary, a larger operating budget and its own share of fiscal fiascos.

Students were scheduled to return to class Monday in both districts, but Thursday night, Gallatin parents learned their children will remain on holiday until the Sumner County Board of Education and the Sumner County Commission reach an agreement on the Fiscal Year 2012-2013 budget.

The board voted 10-1 to keep the schools shuttered rather than cut the district's proposed $197.7 million needs-based budget by $7.6 million.

"Sumner County is at a crossroads," Phillips wrote. "We are faced with the stark choice of whether to properly fund education in our county or make further budget cuts that will significantly damage and alter the future course of our school system. We can either move forward and continue to grow and develop education in Sumner County, or we can take a significant step backward and continue to lose quality educators to budget cuts or better pay in other districts. In my mind the choice is clear."

Friday, following the postponement announcement, phone calls to the central office were answered with a voice recording stating that due to the board's decision, call volume was extremely high and concerned parents were advised to visit the district's website for more information.

The Sumner County Commission will meet Monday night to continue budget negotiations with the school board.