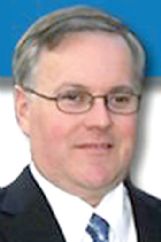 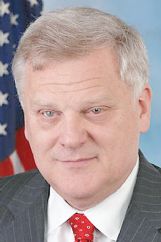 Editor's Note: The second in a series of stories previewing the local and state races in the Nov. 6 election. Today: U.S. House of Representatives, First Congressional District.

The first-term Republican from Tupelo will be facing Democrat Brad Morris of Oxford, as well as candidates from the Libertarian, Constitution and Reform parties.

The run for congress is Morris's first bid for office, but the self-described small businessman is familiar with politics, having served as chief of staff to Nunnelee's predecessor in Congress, Travis Childers. Nunnelee unseated Childers in the 208 congressional race.

Nunnelee served as a state senator from the 6th District from 1995 to 2011 before his successful campaign against Childers.

He currently serves on the House Appropriations Committee. He also serves on several subcommittees including Agriculture; Rural Development; Food and Drug Administration; Energy and Water Development; and Military Construction and Veterans Affairs.

Although he now lives in Tupelo, Nunnelee grew up in Columbus and attended Caldwell High School. He moved from Columbus before graduating from Caldwell but served as the class of 1976's keynote speaker at its 35th reunion.

The congressman said he believes strongly in the economic development occuring in the Golden Triangle and feels Mississippi is in a position to bounce back economically.

"At the state level, we are perfectly positioned for economic growth. We've seen a glimpse of what the growth can be."

Nunnelee appealed for another term and cited his conservative voting record as proof of his Republican views.

Nunnelee agreed that there are vast differences between himself and Morris but said he feels the voting population is tired of political parties.

"I think the people of America are sick and tired of only defining things on party lines. I do there are some legitimate differences between the two candidates."

Morris, 38, was raised by his grandparents in rural Itawamba County. He became the first member of his family to graduate from college when he earned a degree in political science at George Washington University. He later earned his law degree at the University of Mississippi and settled in Oxford to practice law and run a small business.

On his campaign website, Morris said he is motivated to seek office because he believes "everyone in north Mississippi, and all of America, deserves the same opportunities I had. As Congressman, I will work to protect the opportunities that help middle class and working families move ahead."

Marty Wiseman, director of the Stennis Institute at Mississippi State, said Nunnelee's strong financial backing from the Republican Party should give him a decided edge over his foes.

"The race is not totally out of sight," Wiseman said. "I think Nunnelee is well-funded enough. He probably has scored plenty of points so he will do well in that race," Wiseman said.

However, Wiseman was quick to note that while Morris appears to be a capable opponent, the Democratic challenger cannot compete financially with Nunnelee, something especially important in a district dominated by Republican voters.

"That's not to say Morris is not a good candidate, but it's just hard to run as a Democrat," Wiseman said. "You certainly don't have the money that Republicans can make available to you."

Wiseman said Nunnelee's first term hasn't been much of a surprise.

"Nunnelee has toed the line on what conservative Republicans expect out of somebody they send to Washington," Wiseman said. "He hasn't given them many reasons to gripe about it. He's just kind of following the expectations of the party."

In addition to Nunnelee and Morris, Danny Badwell (Libertarian Party), Jim Bourland (Constitution Party) and Chris Potts (Reform Party) are also on the ballot for the Nov. 6 election.