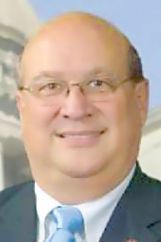 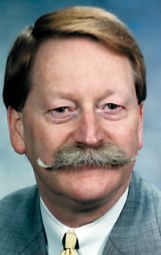 A bill sponsored by two Columbus lawmakers would allow the state to defy federal laws through a joint-legislative committee.

The committee, composed of 14 state elected officials, would determine what is and isn't within the federal government's power when dealing with the state's constitutional rights. House Bill 490, known as the "Mississippi Balance of Powers Act," was sponsored by Rep. Gary Chism, R-Columbus, and Rep. Jeff Smith, R-Columbus. The bill, which is listed with the state as an "active bill" and will be taken up by the Constitution Committee, provides measures to "prohibit the infringement of the Constitutionally protected rights of the State of Mississippi, or its people, by means of federal statute, mandate, executive order, judicial decision or other action deemed by the State to be unconstitutional."

"This was a bill that was requested for me to bring up," Chism said. "It's to solidify the 10th Amendment to the Constitution."

Chism said the bill was drafted in response to 23 executive orders issued by President Barack Obama on gun control and weeks before the state is scheduled to begin implementing a national health system commonly known as "Obamacare."

"Obamacare is one of the reasons we started talking about this bill," Chism said. "Then the new gun controls laws brought it back up. The federal government shouldn't be allowed to tell us we can't have guns. The Tea Party people are adamant about protecting their Second Amendment rights."

"The committee would review federal laws and executive orders to determine whether or not the laws violate the rights of the state's constitution."

Reaction to the bill was swift and unflattering.

"I have never read anything more fascinating in my life that was written by someone living," said Dr. Marty Wiseman, director of the Stennis Institute for Government at Mississippi State University.

"This is a very extensive and heavy bill. One of the interesting things about this bill is it would allow them to repeal any law that's ever been passed. If they reject Obamacare, they are actually leading us closer to universal health care. When you have something in front of you that solves an insurance problem, forgoing it just allows the federal government to find another way to do it."

Wiseman said the language of the committee formation was very similar to the Mississippi State Sovereignty Commission, which was formed in 1956 after the U.S. Supreme Court's 1954 Brown v. Board of Education decision that ruled public school segregation was unconstitutional. The commission existed until it was dismantled in 1977.

"We've read this book before," Wiseman said. "All you have to do is look at the civil rights in the early 1950s. It was civil rights then and now it's gun control and healthcare."

Chism denied the bill's intent to form another sovereignty commission.

"The blogs are saying we are starting another sovereignty commission and that's not true," Chism said. "This isn't about black or white. We will honor all constitutional rights. This is not being adversarial to any amendments. This bill is not a big deal. It's not going to be a big deal to anyone except the Commercial Dispatch and the Clarion Ledger."

While Chism admitted only to presenting the bill before the House, Wiseman said he suspects the bill was written by an outside group.

"This bill was probably written by the conservative group American Legislative Exchange Council or some other constitutional legislative group," Wiseman said. "They write a lot of bills like this and try to get them passed through several states. But if they did write it, they spent a lot of time and energy and staff hours on something that will never make it out of committee."

When asked if he thought the bill would be passed, Chism said he, too, feels the bill will die in committee.

"I don't think this bill will make it out of committee," Chism said with a laugh. "I was asked to present it and I did. I'm a conservative Republican with some Tea Party ideas. I'm as far to the right as you are going to get. I'm tired of the RINOs -- Republicans in name only -- in our legislature."

Smith did not return calls for quotes on the bill.