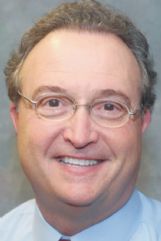 A sale of property between the City of Columbus and a local church is still on track, although the price on the property has dropped by $2,000.

The city council unanimously voted to reduce the sale price of the I. C. Cousins Center, located 1801 22nd St. N, from $22,500 to $20,500 due to drainage issues on the property. The I.C. Cousins Center is being bought by Pastor Rone Burgin, who plans to turn the property into United Faith Interdenominational Ministries.

"Roger came to us and asked that we knock $2,000 off the price due to some drainage issues," Armstrong said.

The original deal between the city and Burgin was "as is," said Ward 5 Councilman Kabir Karriem, who questioned why the city would renegotiate the sale.

"We knew it had some drainage issues when we talking about selling it," Karriem said. "I don't know why we are renegotiating it this late in the game."

The Columbus Planning Commission recommended the city council approve a zoning change for the I. C. Cousins Center, which the council approved in December. The center, which was zoned R-1 or single family residential, was granted permitted usage status as a church.

City building official Kenny Wiegel said the zoning request was part of the original deal to purchase the property.

"The purchase of the property was contingent upon the city allowing this request," Wiegel said in December. "Pastor Burgin didn't want to purchase the property if he couldn't place a church there."

Th purchase is expected to be finalized within 30 days.