Support grows for state tourism board 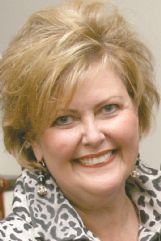 A pair of bills moving through the state's legislature could mean big things for the state's tourism industry.

House Bill 935 and Senate Bill 2565 have passed through the respective chambers unanimously and a general tourism bill shouldn't be far behind.

The bills call for the creation of a tourism advisory board to offer guidance on tourism matters to the Mississippi Development Authority. The bills allocate up to $15 million a year to be used on tourism advertising and marketing. The board will be created as a five-year pilot program. According to the bills, the funding will come from sales tax revenue from certain defined categories that are related to tourism. The bills were written by Rep. Rita Martinson, R-Madison, and Sen, Melanie Sojourner, R-Natchez.

"These bills are designed to keep Mississippi on track with what other states are spending on tourism," said Nancy Carpenter, Executive Director for the Columbus-Lowndes Convention and Visitors Bureau. "We can't really compare what Texas spends to what Mississippi spends. The state currently spends $3 million on tourism. Florida has asked for a 39 percent increase, which would give them a budget of $75 million. Tennessee asked for an additional $8 million. We want to be competitive with other (neighboring) states."

Although the CVB does not receive any state funding, Carpenter said Columbus could definitely benefit from the new legislation.

Although tourism is the main objective of the CVB, Carpenter said the organization spends more money on local festival and recreational grants than it does on tourism. While the Tupelo Convention and Visitors Bureau has a larger budget than the local CVB -- $2.6 million to $1.2 million -- it awarded just $8,000 in grants in 2012. In 2012, the Columbus CVB spent $290,000 on local and recreational grants.

"We have $230,000 budgeted for marketing and advertising," Carpenter said. "That's 17 percent of our budget. Our primary purpose is to market and advertise Columbus in order to bring people to our city. The national trend is for a CVB to spend 47 percent of its budget on promotions and marketing."