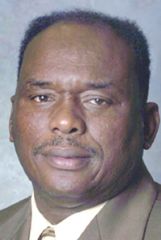 After months of discussion, a memorial to honor the pioneers who once populated one of Columbus' most historic streets is one step closer to reality.

According to Mayor Robert Smith, the monument will honor the predominantly black men and women who operated businesses on Fourth Street South between Main Street and College Street, commonly known as Catfish Alley.

"We have come up with a design for a monument and some markers for Catfish Alley," Smith said. "We hope to take it to Columbus Marble Works soon."

Smith said he hopes the monument will be finished in time for a mid-April dedication ceremony.

But before the current model of the monument is carved in stone, at least one committee member hopes for more discussion on its design.

"I think the monument needs to be more descriptive of the alley and it needs to pay more homage to the trailblazers," said Ward 5 Councilman Kabir Karriem, whose grandmother, Sallie Mae Jones, owned a restaurant on Fourth Street South. The restaurant, Jones Cafe, is still owned by members of the Jones family.

Karriem said one major concern he has with the current design is the rendering of a catfish as the dominant visual element on the front of the monument.

"I think the committee needs to work on the design some more," he said. "I think it needs more than a catfish. As Black History Month ends, I just think it needs to be more accurate. I do think we are off to a good start but I think we need more discussion on the monument. This thing has to stand the test of time. We need to take our time and make sure it accurately reflects the history of Catfish Alley. At one time, this was all the African-Americans had in Columbus."

In August, Karriem and other members of the Jones family petitioned the city council to change the name of Catfish Alley to Sallie Mae Jones Catfish Alley but the petition was withdrawn when objections were raised to honoring one of the pioneers above the others. Even so, the proposal initiated discussions about the best way to commemorate Catfish Alley and a committee was formed by Smith to devise plans.

In October, the city council allocated $25,000 for the improvements on the street. The money, according to then-Chief Financial Officer Mike Bernsen, was taken from general obligation bond money marked as "Ward M" or the Mayor's Ward.

Improvements to the street include the addition of benches, trash cans, flower beds and new lights as well some sidewalk and curb repairs.

"We are waiting on Columbus Light and Water to install the new lights," Smith said. "Once the new lights are in, we will begin the concrete work on the sidewalk and curbs."

Even as improvements to the street are moving forward, an annual event held in celebration of Catfish Alley has been canceled.

Catfish in the Alley, usually held during the last week of Black History Month, has been canceled for 2013 according to Columbus-Lowndes Convention and Visitors Bureau Executive Director Nancy Carpenter.

"The name Catfish in the Alley comes from a time when African-Americans would catch catfish out of the river and then cook them and sell them in the alley," Carpenter said. "According to legend, you could smell catfish cooking in the alley all weekend long. This section of Fourth Street is a very important area for black history."

Carpenter said the event was canceled this year due to weather concerns but will return in 2014.