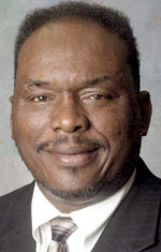 Mayor Robert Smith and his Mayor's Youth Council received a slap on the wrist from Mississippi Supreme Court Judge Thomas Zebert of Pearl Friday in Lowndes County Chancery Court after a parent filed an injunction alleging her daughter was improperly prohibited from attending a group trip.

The injunction, filed Feb. 28 by Monique Montgomery on behalf of her daughter, Brooke, stated that the Columbus High School junior was not being allowed to attend the Mississippi Municipal League's Youth Summit Friday and Saturday at the University of Southern Mississippi in Hattiesburg. Montgomery, who is a former justice court judge candidate and has another lawsuit pending against Smith and the City of Columbus, alleged the mayor was retaliating against her daughter.

The injunction asked that Brooke Montgomery be allowed to attend the conference or that the court issue a restraining order to prevent the other members of the youth council from attending if she was not allowed to go.

But defendant and youth council co-advisor Brandy Gardner said the council was justified in ordering the youth to stay home because she had missed several meetings since the beginning of the 2012-2013 school year, including three consecutive meetings -- a violation of the organization's bylaws.

"Brooke only attended eight out of 21 events, including both official meetings and community service projects," Gardner said, noting a sign-in sheet was used for meetings but not for community events. "We drafted a letter on Feb. 7 alerting Brooke she would not be able to attend the conference because of her attendance record. She received the letter on Feb. 21 after arriving 20 minutes late to the council meeting."

Gardner said she did not contact Brooke's parents to notify them she would not be allowed to attend.

"You can't teach leadership skills if we are constantly calling parents," Gardner said. "No child has ever been penalized for missing a meeting with a legitimate excuse. The children that did not comply with the rules were not allowed to attend the trip to Hattiesburg. It was Brooke's responsibility to let her parents know she wasn't allowed to go."

Gardener, a coordinator for the Lowndes County School District, co-advises the youth council with Kennetra Floyd, who was in Hattiesburg attending the conference with the council and was not subpoenaed to appear in court.

Smith, who was represented by City Attorney Jeff Turnage on a no-charge basis, painted a different picture during his testimony, alleging Monique Montgomery was being vindictive because of her prior lawsuit against him, which was filed in Lowndes County Circuit Court in July.

"Monique approached me once about being appointed city judge," Smith said during Turnage's cross-examination. "But she wasn't selected due to some issues with her residency. She filed an ethics complaint against the city. Monique has sued the city two or three times. In the five years or so we've been doing this program, we've never had any problems with any parents. This program is a success. No parent has ever sued us until now. It's an honor to be selected to serve on the Mayor's Youth Council."

Despite conflicting testimony from Gardner, Smith, Brooke Montgomery and her father, Rev. Tony Montgomery, the court ruled in favor of the plaintiff, ordering the youth council to have its rules and regulations printed and signed by members and the members' parents.

"I see nothing wrong with the rules, but they should be signed by the kids and their parents," Zebert said. "I don't believe this was a vendetta on her part. If it wasn't so late, I would have entered a temporary injunction and allowed her to go. Everybody makes mistakes. This didn't need to go to court to be resolved."

Smith started the Mayor's Youth Council in 2007. It is composed of area freshmen, sophomores, juniors and seniors from all of the city, county and private schools. After filling out an application, interested students then go through an interview process before being selected by the council's board. The statewide program is funded as a line item in the city councils' annual budget. The current group started the year with 31 members and now has 28, according to Smith.

"The Mayor's Youth Council is an outstanding program," Ward 3 city councilman Charlie Box said Friday. "It's multi-racial and it includes students from every school. It has done a lot in this community to help develop leadership skill and character."