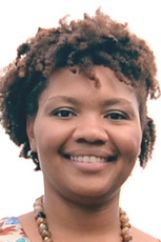 The city has been working more than five years to secure funding to renovate the interior of its century-old City Hall, but a little help from the state may be on the way.

The city plans to apply for a Mississippi Community Heritage Preservation Grant Fund through the Department of Finance and Administration, city planner Christina Berry said. If awarded, the grant could potentially provide up to a $500,000 match for renovations, according to Rep. Jeff Smith, R-Columbus.

State officials will use proceeds from general obligation bonds to create the fund, which Mississippi Gov. Phil Bryant approved when he signed Senate Bill 2913 last month. The Mississippi Department of Archives and History will make recommendations on which grant applications to accept and how much each applicant should receive.

Columbus City Hall is one of the department's 890 designated Mississippi Landmarks.

Berry said the window to file grant applications opens in July and the city will have until Sept. 1 to apply. She said they will likely be notified in December if they have received the grant.

A Meridian contractor has estimated the renovations will cost approximately $1.5 million, Berry said. The project will depend on the city finding room for it in next fiscal year's budget. Plans include electrical upgrades, converting the right side of the building's first floor into a large meeting area with a kitchen and updated restrooms, extending the mayor's meeting room and renovating the upstairs courtroom.

Exterior cleaning, window and door replacement and handicapped accessibility are also components of the project, Berry said, adding that maintaining the building's character and integrity throughout the renovation process will be a top priority.

"City Hall hasn't been renovated since the early '80s," she said. "What we wanted to do was bring the interior aspect up to code and make the building more community oriented. Having City Hall remodeled and brought up to modern standards is important, because you're not going to see many city halls in the state that still have that historic character."