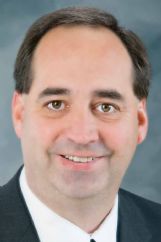 Starkville aldermen increased the pay for an empty position Tuesday when it approved a search for its next chief administrative officer.

The position was previously held by Lynn Spruill from the Camp administration until July when she was ousted by the new board of aldermen. The motion, submitted by Ward 5 Alderman Scott Maynard, was approved on the city's consent agenda with no discussion.

"There's no set timetable (for the search)," Maynard said Monday. "It's possible to get someone in there by Jan. 1 -- that would be great -- but it could be on into February before we make a hire."

As presented in the e-packet, the CAO's job functions include providing oversight for city departments, facilitating internal communication and managing grants and special funding not specific to individual departments. The incoming CAO will also "perform other duties as assigned by the mayor and/or board of aldermen."

The board approved the position's qualifications, which include a bachelor's degree and post-secondary education in areas like accounting, business administration, government, law, political science and public administration. A graduate degree is preferred. The board also seeks a candidate with multiple years of experience in local government.

The board is expected to hold public interviews with finalists before making a hire.

Aldermen removed Spruill from her position and overrode a veto from Mayor Parker Wiseman on the matter in May despite numerous public constituents demanding transparency and reasoning behind the move. Spruill, who documents show received high performance evaluations from former and current aldermen in the past, was the only city employee or department head not reappointed to their position by the incoming board. All others department heads were reappointed in July, but Personnel Director Randy Boyd was given a 90-day review stipulation.

Aldermen neither went behind closed doors to discuss the personnel move, nor gave a public reason beyond Ward 1 Alderman Ben Carver's admission that he "prayed about it" and "made his mind up years ago."

In October, the board held a lengthy special-call meeting in executive session before it submitted a resolution asking former Starkville Municipal Clerk Debra Wood to resign her position or be fired. Like Spruill's ousting, the board did not give a reason for pushing out Wood. The former clerk would submit her resignation before the board-mandated deadline.

After the board relieved Spruill, aldermen tasked City Clerk Taylor Adams with preparing meeting agendas but did not formally delegate any other job functions. Adams has served as the de facto CAO, while sharing responsibilities with Wiseman.

Spruill, a former Navy pilot and mayor of Addison, Texas, began serving as CAO under the administration of former Starkville Mayor Dan Camp.