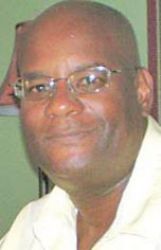 West Point Police Chief Tim Brinkley received approval from selectmen to review the department's policy on false alarm calls and make a recommendation on possible changes to it in a future meeting.

During a department head report Tuesday at the selectmen meeting, Brinkley said his department has responded to 875 calls in the past month, 90 of which were false alarms. He said the department's statement of purpose indicates officers are required to remain on scene until a keyholder to a residence or business arrives and it is determined that no burglary has taken place. That is costing the department in more ways than one, Brinkley said, and he wants to review the policy.

"We're spending a lot of time, a lot of money and a lot of resources on home false alarm calls," Brinkley said. "It lures our officers into a sense of complacency."

Selectmen also authorized Brinkley to apply for a grant that would provide funding for patrol car cameras. If the Mississippi Department of Highway Safety accepts Brinkley's application, the agency will match 75 percent of a $23,705 grant that Brinkley said can be used to install Pro-Vision camera systems in five patrol cars. The city would provide the remaining portion. Brinkley said the systems would be valuable tools for officers during traffic stops.

"We haven't had cameras in our patrol cars for quite some time," he said. "It won't allow us to put a camera system in every car, but it will allow us to put cameras in the cars that are on patrol, and I think that's a good start."