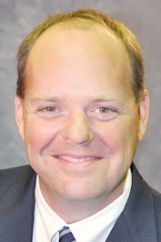 KiOR has been told not to release anymore wastewater from its facility into the Columbus water system because of potential harmful materials that could be present in the Texas-based alternative fuel company's discharge water.

Columbus Light and Water asked KiOR to stop allowing anything other than sanitary sewage to enter its water system on Jan. 31, according to letters obtained by The Dispatch.

KiOR began operating a $213 million biomass conversion facility it built on The Island in 2013. The facility converts wood chips to fuel.

The company first released wastewater into the city's system in November 2012. A year later, CL&W notified KiOR that quarterly testing done by the water department indicated KiOR's wastewater was "industrial strength," according to a letter Todd Gale, general manager for CL&W, sent the state Department of Environmental Quality last week.

CL&W told KiOR it would need to pretreat its wastewater before allowing it to enter the city's system, according to the letter.

In an interview with The Dispatch, Gale said the city's wastewater treatment facility, by city ordinance, can not take industrial strength wastewater. Releasing anything other than domestic wastewater into the system could damage the city's facility and potentially lead to unprocessed wastewater entering the river, Gale said.

"Certain elements kill the process of treating the wastewater," he said.

In late January, a pump that feeds wastewater to the city's wastewater treatment plant stopped operating after "burning up," Gale said. An investigation revealed non-domestic water contaminates inside the pump, as well as a build-up of heavy solids in water lines. A KiOR official, according to Gale, told CL&W that the suspect solid was likely catalyst, which the company uses in its process of breaking wood chips down into carbon.

Asked how he could be certain KiOR was responsible for the solids, Gale said, "They're the only ones on the line besides a chip mill. As far as I know, the only thing the chip mill has on the line is a bathroom or two."

Despite the potential hazard, Gale said citizens of Columbus should not be concerned.

"It was all contained, pretty much on The Island," Gale said. "It's all been cleaned up. It wasn't any heavy contaminates. It just could have been harmful to our process. It wasn't like they were sending us jet fuel."

KiOR, in a statement to The Dispatch, denied any wrongdoing. The company said that since it began operations, it has "operated consistent with its permit received from the Mississippi Department of Environmental Quality."

In April 2012, the DEQ issued KiOR a permit allowing it to discharge water into the city's system. Robbie Wilbur, communications director with the DEQ, told The Dispatch a condition of the permit was that after a year of operations, KiOR would submit a second application with updated information outlining what was in its wastewater.

The DEQ has received that updated application.

"The application is currently being evaluated to determine appropriate modifications to the original permit," Wilbur said.

Nonetheless, the pump incident in January, Gale said, was "the final straw" from the city's standpoint. It was then that CL&W asked KiOR to stop releasing wastewater generated by its facility into the city's system until it could be sure the nature of the wastewater was within city ordinances and not harmful to the city's treatment system.

"Columbus is going to abide by its ordinance. Period," Gale said. "It's up to KiOR or whoever brings us wastewater to meet that ordinance."

Gale said the ordinance is in place to protect its customers and the city's water treatment plant.

In January, KiOR announced it was shutting down the facility in order to spend the first three months of 2014 to conduct "optimization projects." It has not operated since December and subsequently not produced any wastewater from its biomass conversion process.

However, CL&W has told the company it can not accept any runoff or stormwater from the facility, either, because of possible contaminants that could be present.

"KiOR can either incinerate or do something else with that water -- carry it to other places, West Point, Starkville, if they'll take it -- but until that ordinance is changed there is no flexibility there," Gale said.

The DEQ told The Dispatch last week that KiOR has shipped some stormwater from the facility to the city of West Point's wastewater treatment plant.

Last Tuesday, the Starkville board of aldermen approved a 12-month contract with KiOR that allows the company to take stormwater to that city's water treatment plant. Starkville is charging the company 10 cents a gallon and will be reimbursed the cost of testing the water, according to the contract.

Doug Devlin, public works director for the city of Starkville, told aldermen the city's treatment plant has the capacity to process the water.

In a letter to Gale two weeks ago, KiOR stated that "efforts are currently underway to further enhance the pretreatment of waste streams."

"KiOR intends to make these designs and protections a permanent part of operations at the KiOR facility going forward," the company's letter states.

The water issue is just the latest problem for KiOR.

In its end-of-the-year financials filed with the Securities and Exchange Commission last week, KiOR said if the details of a $25 million commitment from a California investor were not finalized by April 1, the company might default on a $75 million loan it received from the Mississippi Development Authority.

The company owes the state $69.3 million, according to Jeff Rent, MDA public relations manager. Its next payment is due June 30.

The facility in Columbus -- which employs roughly 110 people -- will remain in an "idle state" and not produce fuel until further capital is secured, according to KiOR's filing with the SEC.

The company, in a March 11 letter to Gale, said a quick resolution of the wastewater issue is "essential." The company stated that it hopes to restart the Columbus facility during 2014's second quarter and the "facility cannot operate without a mutually agreeable arrangement for pretreatment in place."

KiOR told The Dispatch it will continue to work with CL&W and the state DEQ to resolve the matter.

Gale, calling KiOR one of CL&W's biggest customers, indicated that he would do the same.

"We're going to continue to work with those guys to get them what they need," he said. "Yes, it's been tough...but it's our job to work with them. But there are limits that we have to accept."