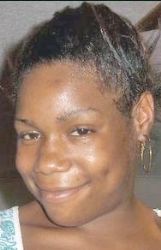 A judge has dismissed murder charges against a Columbus resident who was charged with depraved heart murder after the 2006 stillborn death of her child.

In his ruling, Kitchens, citing Mississippi Supreme Court case Buckhalter v. State, said the law was unclear on the appropriate charge for Gibbs.

"Gibbs was indicted prior to Buckhalter and the law was unclear in Mississippi as to the appropriate charge, if any, to be levied when a pregnant woman allegedly consumed illegal drugs and allegedly caused the death of her unborn child," Kitchens' ruling stated.

Assistant District Attorney Mark Jackson said the state would most likely re-present the case to the grand jury in July.

"The Lowndes County grand jury initially indicted this case as murder," Jackson said. "At the time, there was nothing in the law that precluded the grand jury from charging Gibbs with murder. The Supreme Court has since decided that murder did not apply based on their interpretation of the statute. Like Judge Kitchens, we are bound to try cases with the parameters set by the Supreme Court. While I don't agree with their opinion, our office will prosecute all cases based on what we believe to be the law at that time."

Gibbs' attorney Carrie Jourdan said she was elated with Kitchens' decision but was disappointed to learn that the local district attorney would attempt to try the case again.

"I believe that Judge Kitchens has summed up the law correctly and accurately and obviously we believe he has done the right thing according to the law," she said. "We are incredibly relieved for our client who has been through a great deal. I'm of course disappointed that the state is considering a manslaughter case against her. With that possibility looming, I can't say a great deal except we had filed separate motions related to the science and other facts in this case that we found equally compelling."

Jourdan said if the grand jury returns with another indictment against Gibbs, reproductive rights of women in Mississippi could be put in jeopardy.

"Everyday we see efforts by legislators to push legislation in various forms that are really attacks on the rights of women to control their own bodies," Jourdan said. "Regardless of your views on abortion, who knew we would one day have a country where a debate exists whether health insurance should provide coverage for contraceptives for women? I believe this case is important because it represents further efforts to diminish the rights of women over their bodies. I'm not suggesting to anyone to abuse your body or health while pregnant, but it's a slippery slope. What's next, you run in a 5k race or eat a rare slice of tuna while you're eight months pregnant, the baby is born dead or with a birth defect, you should now be prosecuted for murder or child abuse?"

Given the Supreme Court's decision in the Buckhalter case, Jourdan said she hopes the issue of reproductive rights for women will be put to rest.

"Women are scared to speak up, but I believe the Mississippi Supreme Court has now spoken for us, finally," Jourdan said.