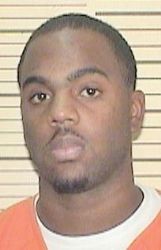 Deputies arrested 21-year-old Marcus Earl Johnson, of Starkville, after he was shot in the hand during an alleged armed robbery at the mobile home park east of Starkville. Law enforcement agents were alerted to Johnson's condition after he visited West Point's hospital where he sought treatment for his wound.

Sheriff Steve Gladney said Johnson and two other men allegedly entered a University Hills home about 9 p.m. Friday, pulled a gun and demanded money from its occupants. Gunfire was exchanged, and Johnson was wounded, Gladney said.

Oktibbeha County Sheriff's Department did not release a full description of the other two suspects but said their faces were covered with masks.

Johnson was charged with armed robbery.

The investigation is ongoing, Gladney said, and deputies are continuing to interview witnesses.

The shooting marks the second such incident at the mobile home park in the last two months.

In early March, 35-year-old Christopher Houston was killed there by a single shot.

Pearl police officers arrested 42-year-old Immanuel Dewayne Manning after he fled the scene in a stolen car. His bond was set last month at a combined $145,000 for numerous charges.