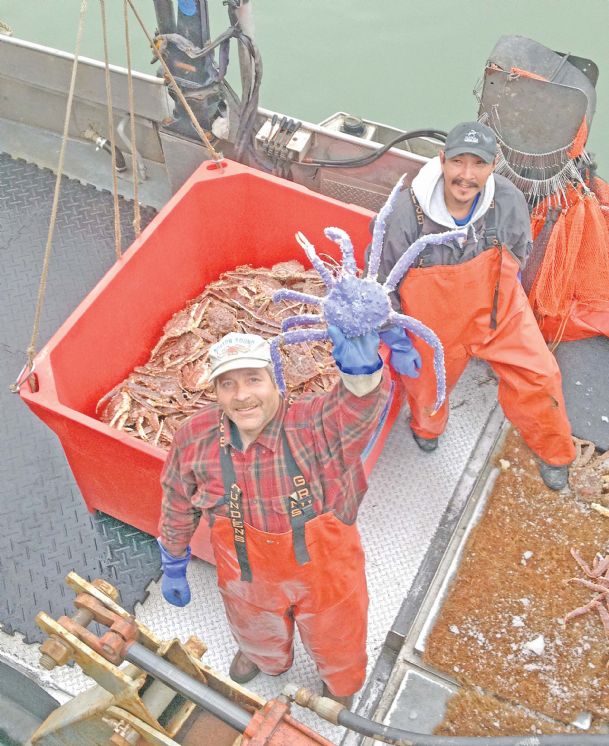 NOME, Alaska -- A rare blue-colored red king crab was part of a fisherman's catch earlier this month in Nome, Alaska.

KNOM reports Frank McFarland found the blue crab in his pot when fishing on July Fourth off Nome. The blue crab is being kept alive at the Norton Sound Seafood Center until McFarland can have it mounted.

The rare crab has become a rock star of sorts, with people showing up at the center to have their photos taken with it.

Scott Kent, with the Alaska Department of Fish and Game in Nome, says he has no idea why the red king crab is blue, but suspects it's just a mutation.

Kent says a blue crab "turns up once in a blue moon."