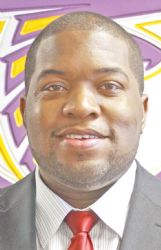 File: Dr. Hickmanâs letter to The Dispatch regarding the director of schools position.

A Chicago-based educator tapped to be director of schools within the Columbus Municipal School District has declined to accept the position, according to a letter the district's superintendent sent The Dispatch late last week.

Leslie Smith was hired in a 4-0 vote by the CMSD board during Monday night's board meeting. The newly created position was to come with a $70,000 a year salary.

Smith, as director of schools, would work with the district's nine principals, according to Superintendent Philip Hickman.

"After consultation with the board of trustees and my desire to remain focused on our common goal of improving the quality of education for children, the position of director of schools will not be filled, as Mr. Smith has declined the offer," Hickman wrote in his letter.

Hickman, tapped to lead the district earlier this summer, recommended that the board hire Smith. Smith is the uncle of Hickman's wife -- a fact three school board members were unaware of when they voted to hire Smith on Monday.

After the board voted to approve hiring his family member Monday night, Hickman defended the move.

"What I'm all about is having someone that's competent that really can make a change for our kids," he said, adding that he did not tell the entire school board about he and Smith's relationship because he views it as a personnel issue.

Smith could not be reached for comment Saturday. Neither could Hickman.

Despite Smith declining to accept the position, Hickman, in his letter to The Dispatch, said the hire "would have benefitted CMSD by assisting in our efforts to revitalize the district's educational promise.

"However, community support is vital and valued in transforming an educational system," Hickman wrote. "As I've stated since arriving to CMSD, trust and perception by our community is very important to me as we work together to create One Vision, One Team and One Columbus."

It is unclear if the director of schools position will be filled at a later date.

During last Monday's meeting, CMSD board members also appointed a temporary personnel director who will decide whether to recommend hiring Hickman's wife, Adilah Zahzala, as the district's special education coordinator. The salary for the position was listed at $42,000, according to the consent agenda.

The potential hire is expected to be brought up at the next CMSD board meeting on Sept. 8.