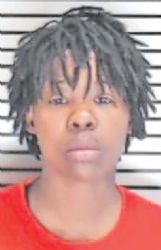 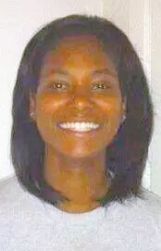 A woman is dead and another woman is in custody after an early morning shooting in a parking lot along Highway 45 North in Columbus.

The incident occurred around 1 a.m. Sunday, according to captain Brent Swan with CPD. Foster and Carter knew each other, according to witnesses on scene.

Foster was shot multiple times, according to Lowndes County Coroner Greg Merchant. She was also shot at least once in the head, according to scanner traffic.

After Carter shot Foster, she entered the front door of Buffalo Wild Wings and asked the manager the location of another female employee, Swan said. Carter then chased the other female through the restaurant and exited the back door where she then fired at least three shots. The second female was not injured. Carter then walked around the back of the restaurant to the front parking lot where she was apprehended by police.

Foster was transported via ambulance to Baptist Memorial Hospital-Golden Triangle. She died at 2:40 a.m. from multiple gunshot wounds, Merchant said.

Carter is expected to be formally charged today, Swan said. She was not charged as of press time. She has several misdemeanor arrests but no felony arrests in Lowndes County, according to Lowndes County Adult Detention Center personnel.

Foster was an employee of Buffalo Wild Wings and Weyerhaeuser, and her father is the police chief in Union Springs, Alabama, Merchant said.

An autopsy will be performed Tuesday in Jackson.

Buffalo Wild Wings closed Sunday out of respect for Foster according to a sign on the restaurant's door.