CMSD's old textbooks still up in the air 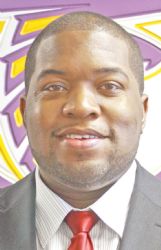 The Columbus Municipal School District has not yet resolved the issue of unused textbooks.

During a specially called meeting of the school board Monday night, "Curriculum update for schools" was listed on the agenda. However, Superintendent Dr. Philip Hickman informed the board there was no new information.

"We don't have a current update except that we're still waiting on a response," Hickman told the board.

The matter of the textbooks was brought up during a school board meeting last week when the board attempted to pay the claims docket. School board member Glenn Lautzenhiser questioned why the board was paying School Book Supply Company for a backorder of textbooks.

In May, the school board voted to purchase approximately $505,000 worth of textbooks under former interim superintendent Edna McGill. During last Monday's meeting, it was revealed that some of those books were shipped to the district immediately, while others were on backorder.

When Hickman was appointed to the district's top position in late July, he asked the board to approve a new curriculum for the district, including the purchase of $600,000 worth of new textbooks from McGraw-Hill. The board voted to do so.

In previous interviews, Hickman said the district would sell the books that were ordered under McGill.

However, last week's meting revealed confusion between the board and the company on whether the backordered books could be returned to School Book Supply Company. It was unclear if the board had entered into a contract with the company.

The matter was supposed to be addressed during Monday night's meeting. However, no new information was available from the company, Hickman said.

A date when that information might be available was not provided to the board.