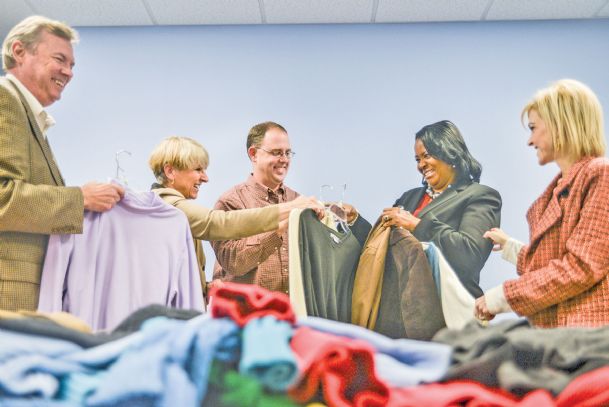 Elizabeth Johnson, the president of the Exchange Club, said the organization decided to donate the clothing when they learned of the work Buckhalter was doing in the community.

"It is important to support these organizations that help make our communities better places to live by showing care and support of those in need," Johnson said Tuesday.

Johnson said Exchange would continue to collect and donate clothes throughout the end of the year.

"Giving Tuesday" was started two years ago by the 92nd Street Y in New York City and the United Nations Foundation. It is a response to commercialization and consumerism in the post-Thanksgiving season, according to organizers.

3. Some area churches prepare to reopen, others not as eager AREA