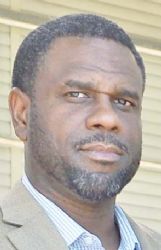 For the second time in less than a year, a Columbus group hoping to open a charter school has been denied.

The Mississippi Charter School Authorizer Board on Friday denied to give Inspire Charter School a charter to open a public school that would serve children within Columbus city limits. Darren Leach, executive director of ICS, said the state board's decision was "harder to swallow this time around." The state denied the group's initial application this summer.

In its second application, ICS had hoped to open a school in Columbus for a maximum number of 264 students in kindergarten through third grade. The school, as proposed, would have been housed in Genesis Church off 23rd Street North where Leach serves as pastor.

Charter schools are publicly funded and do not charge tuition. They are run by private groups that agree to meet certain state standards in exchange for less regulation.

ICS was denied a charter based on three categories: the educational design and capacity, the operations plan and a financial plan, according to authorizer board chairman Tommie Cardin. An evaluation board made up of four educational professionals -- two from out of state with "extensive charter school experience" and two professors from Mississippi universities -- presented their recommendation to the authorizer board, Cardin said. The evaluators felt ICS "partially met" the operational and financial standards but did not meet the educational standard.

"They partially met two of the categories but the differences were such that it was not enough to overcome being able to met the standard," Cardin said.

Krystal Cormack, the board member who oversaw the application process, said the Columbus application foundered in part because of continuing questions about whether the curriculum would be comprehensive or cohesive. The plan also again faced questions about whether Leach could improperly financially benefit from renting property of the church he pastors to the school.

"I would hope that Inspire will view this through a constructive lens and seek ways to make a proposal that meets the standards we've set in place," Cardin said.

Leach said ICS would apply for a charter a third time. He said the group now knows exactly what the state board is looking for and will make sure that comes across in the next attempt.

"I believe that we can pretty readily address the things they shared with us," he said. "I just believe we can do this. To quit now wouldn't make any sense."

Cardin said the application date should be determined by late January 2015. Cardin said he hoped Inspire used the critiques to fine tune their application.

"I commend Inspire for their commitment to seeking an option for the children in Columbus," Cardin said. "Inspire is well intended, their intentions are good and they are very committed to trying to provide another option. I hope that they view this in a constructive way."

The Charter School Authorizer Board on Friday did approve an application by Midtown Partners, a Jackson community group that plans to open a middle school serving up to 220 students in grades 5-8 next August.

The Associated Press contributed to this report.