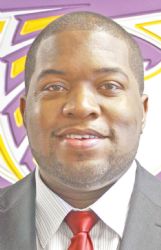 The Columbus Municipal School District has returned a portion of textbooks that have been sitting unused, according to superintendent Dr. Philip Hickman.

During Monday night's school board meeting, Hickman told the board the material was driven to School Book Supply Company of Mississippi in Jackson on Friday to return a portion of the "student textbooks, workbooks and teacher material...that met the criteria for return."

In order to be eligible for return, the materials had to be free of writing and stamping, Hickman said. He then told the board that School Book Supply guaranteed a "100 percent refund" for the returned books.

"We received a phone call, actually, from the head of the textbook company," Hickman told the board. "And he said that they promised us that we will get a 100 percent return on whatever it is School Book Supply deemed acceptable. They will make every effort to give us 100 percent return on that."

He added, "Their promise to us is that we're going to get full credit for those items."

However, David Jeffreys, general manager of School Book Supply Company of Mississippi, when contacted by The Dispatch this morning, said he has not spoken with Hickman and a complete refund was "not likely."

"They did return the books Friday and we are in the process of going through them but the 100 percent claim is -- anything is possible -- but it's not likely," Jeffreys said Tuesday morning.

When asked by the school board Monday evening, Hickman did not know how many books had been returned to School Book Supply Company. Jeffreys said he did not know a total number but said it was "a lot."

Jeffreys said that to his knowledge this was the first time a district had returned such a substantial order.

CMSD agreed to purchase the books -- totaling approximately $506,000 -- at the request of former interim superintendent Edna McGill in May. The textbooks were for math, language arts and phonics for kindergarten through 12th grade.

In previous interviews, Hickman said the district would sell the books that were ordered under McGill. During a November board meeting, it was revealed the district had not yet sold the unused books. At the time, board members could not recall if they had entered into a contract with School Book Supply Company.

This morning, Chris Hemphill, whose law firm Dunn and Hemphill represents the board, said CMSD did not enter into a contract with School Book Supply Company. Hemphill said the textbooks were purchased via a "master contract" arranged between School Book Supply Company and the Mississippi Department of Education. In reading the master contract, Hemphill said he did not see any language that prevented the board from returning the unused books.

Hickman, Jeffreys or Hemphill did not know how much money School Book Supply Company will return to the district.

According to Jannette Adams, CMSD district spokesperson, the books that are not eligible for return will be sold.