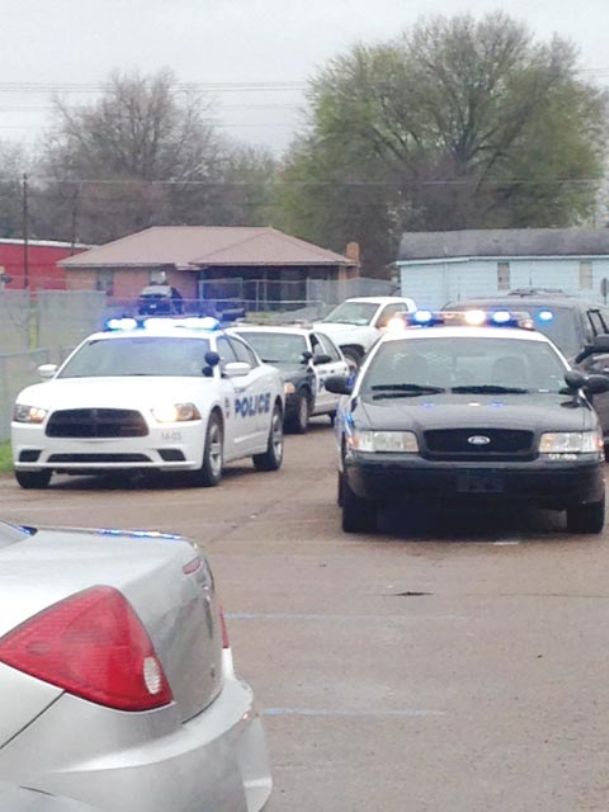 Police Capt. Fred Shelton said the four victims were taken to Baptist Memorial Hospital-Golden Triangle and treated for non life-threatening injuries. Capt. Brent Swan said all four victims were still in the hospital on Saturday. He would not release their names.

Police had made no arrests in the case as of Saturday afternoon. The investigation is ongoing.

A scene of police vehicles, ambulances and frightened neighbors peppered the landscape at 21st St. N. on Friday afternoon, as officers cordoned off a section of the park with police tape to collect evidence at the scene.

One longtime 21st St. North resident, Sally Gray, said she heard shots while she was sitting in her home.

"I heard shots, about five or six of them. Then I saw (people) running down the street," Gray said. "There was a gang of them. I couldn't count how many."

Columbus councilman Kabir Karriem, who represents Ward 5 where the shooting occurred and was on the scene Friday afternoon, said "unfortunate incidents" like Friday's shooting should compel city officials to craft a more proactive plan for crime prevention.

"Our prayers go out to the victims and even the suspects," Karriem said. "They also go out to the people who have to witness these terrible and heinous things. ... There are a lot of senior citizens who live in the area where this took place. It's incumbent on us as city leaders to make sure our city is safe for our youth and our seniors."

Karriem said people in the community need to come together "at the table and talk about crime, violence and quality of life issues."

"The responsibility is not just on the public officials, but the community as well," he said. "We need to have an honest, open dialog about the state of the community."